BEIJING/WASHINGTON (BLOOMBERG) - Chinese and United States officials are struggling to agree on the schedule for a planned meeting this month to continue trade talks after Washington rejected Beijing's request to delay tariffs that took effect over the weekend, according to people familiar with the discussions.

Despite efforts by US President Donald Trump to soothe financial markets and portray the talks as making progress, the world's two biggest economic powers have yet to agree on basic terms of re-engagement, with mistrust on both sides.

The date for a visit of Chinese officials to the US capital hasn't been set, though that's not necessarily a sign it still won't happen, said the people, who asked not to be identified because the discussions are private.

US equity futures fell on the news, touching their lows for the day.

In conversations over the past week, the two sides have failed to agree on at least two requests - an American appeal to set some parameters for the next round of talks and a Chinese call to delay new tariffs, two of the people said.

Mr Trump went ahead anyway with tariffs on Sunday, doubling down on a strategy that seems to be having the opposite of the desired effect.

Chinese state media reacted by signalling the government is ready to weather the economic turbulence. Beijing then said it planned to file a complaint at the World Trade Organisation against the US tariffs under the dispute settlement process, according to a Ministry of Commerce statement late on Monday (Sept 2).

"It is time the US administration reconsidered its poorly thought out China-bashing moves," an editorial in the China Daily argued. "Working to secure a trade deal would be a more fruitful approach."

China's commerce ministry didn't immediately respond to a request for comment about a meeting date.

Some Trump administration officials are trying to keep talks from breaking down because global financial markets are moving with every positive and negative twist in a trade war that looks likely to extend into Mr Trump's 2020 re-election campaign. The S&P 500 Index dropped 1.8 per cent last month and US Treasury yields have plunged amid uncertainty that's hurting American companies and starting to chip away at consumer confidence. 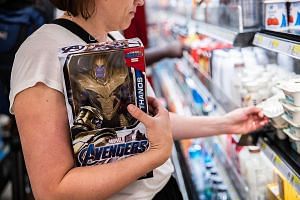 A better way the US can fight trade war with China

"We are talking to China, the meeting is still on as you know, in September. That hasn't changed - they haven't changed it, we haven't. We'll see what happens. But we can't allow China to rip us off anymore as a country."

The US Trade Representative's office didn't immediately respond to requests for comment on the discussions.

Mr Trump has expressed frustration that the talks haven't brought the sides closer to a deal, even threatening last week that if he can't deliver a better agreement in the US's economic relationship with China, then "let's not do business together. I don't want to do business".

His finger-pointing has extended beyond China. Last Friday, he lashed out at American businesses for complaining about the rising cost of the import taxes he has now placed on some US$360 billion (S$500 billion) of Chinese imports, accusing them of bad corporate management.

The new 15 per cent US duty on about US$112 billion of Chinese products will hit Americans more directly than an existing 25 per cent tax on about US$250 billion of goods, targeting consumer staples ranging from footwear and apparel to home textiles, as well as technology products like the Apple Watch. A separate batch of about US$160 billion in Chinese goods - including laptops and mobile phones - will be hit with 15 per cent tariffs on Dec 15. 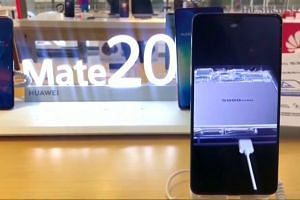 For their part, Chinese officials don't want to be seen as succumbing to strong-arm tactics like tariffs and are wary about setting a meeting date because of Mr Trump's tendency to change tack via surprises on Twitter.

Mr Geng Shuang, a spokesman for China's foreign ministry, told a briefing in Beijing on Monday that "the most important thing at present is to create the necessary conditions for continuing the trade talks between China and the United States".

China's export-driven economy is more exposed to the trade war than the US, and the toll tariffs are taking is increasingly evident. The nation's manufacturing purchasing managers' index dropped to 49.5, according to data released last Saturday by the National Bureau of Statistics, with sub-gauges showing that domestic and new overseas orders contracted.

The government isn't sounding the alarm just yet. Late on Sunday, the State Council, China's Cabinet, released a statement saying that overall risks are "controllable" and the economy is stable. At the same time, counter-cyclical adjustments in economic policy will be increased, according to the statement.