WINCHESTER, KENTUCKY - Mikhy Farrera Brochez, the American at the centre of the recent HIV database leak in Singapore, pleaded not guilty to a charge of criminal trespass on his mother's property in Kentucky.

In a scheduled appearance before District Court judge Charles W. Hardin at a court hearing on Monday (Feb 18), Brochez, who drove a white car to the courthouse, said it was his understanding that his mother did not want to pursue the charges.

"This is causing me to be suspended from work, I'm not able to support myself," he said at the Clark County District Court in Winchester, a town of 18,000 in the southern US state of Kentucky. The main street where the courthouse stood was mostly deserted on Monday, a federal holiday.

"This is causing me unnecessary hardship," added Brochez, who previously told The Straits Times that news of the HIV data leak had cost him his job.

Judge Hardin told Brochez, 34, that once charges were filed, it became the Commonwealth of Kentucky's case and no longer his mother's to prosecute.

Brochez, who was deported from Singapore after serving a jail term for several fraud and drug-related offences, was arrested for criminal trespass at the home of his mother Teresa King on Dec 8 last year in Clark County, Kentucky.

He had previously been warned not to return after a Sept 27 visit to her home, according to court documents. Although he was instructed to leave numerous times, Brochez kept wanting to ask about property of his which Ms King had, said the post-arrest complaint seen by The Straits Times. 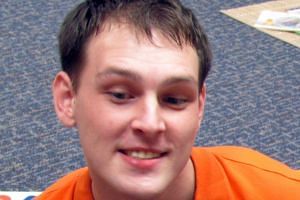 On Monday, Judge Hardin said that as Brochez's charge did not carry jail time, an attorney could not be appointed for him and he had to hire an attorney for himself if he needed one.

Said Brochez: "But pleading guilty could cost me my job."

Brochez added that he had been told the case was going to be dropped but that the Singapore Government might be interfering with the case.

The judge replied: "I know nothing about that, sir."

Brochez was named by Singapore's Ministry of Health (MOH) last month as the culprit who leaked online the personal information of 14,200 individuals with HIV.

Last Saturday, the Singapore Prison Service made a police report after he sent an e-mail illegally disclosing the details of 13 HIV-positive people scheduled for a health check-up at Changi Prison Complex in 2018.

Asked why he published the personal data of HIV-positive individuals when doing so could hurt them, he reiterated his claim that he was gang-raped while in prison, which the Singapore Police Force and Singapore Prison Service said had been investigated and found to be false.

Said Brochez: “I was thrown in prison for something that I didn’t do, and I was held down and gang-raped by your government. And you want to talk to me about someone’s feelings? Do you have any idea what I’m going through right now?”

Asked if he had more data he was planning to publish, Brochez replied: "I guess the Lee regime will have to find that out if they continue to hold my husband on unlawful charges."

Brochez's partner, Ler Teck Siang, was head of MOH's National Public Health Unit from March 2012 to May 2013 and had access to the HIV Registry for his work.

Ler has been charged under the Official Secrets Act for failing to take reasonable care of confidential information regarding HIV-positive patients.

On Feb 13, Brochez claimed in a series of Facebook posts that he was abused while in police custody, sexually assaulted while in prison and contracted HIV only then, was denied HIV medication while in jail, and that the registry was leaked by another person.

The Singapore Government denied the allegations.

Mr Gan explained how the registry had fallen into Brochez's hands, the events leading up to Brochez leaking the information online, and the steps the authorities have since taken to manage the leak.

Brochez, who wore a grey jacket over a navy, yellow and white checkered shirt, also corrected Judge Hardin on the pronunciation of his name: Mee-kai, not Mickey.

He is next due in court on March 4.

Correction note: This article has been updated to reflect the fact that it was the Singapore Police Force and Singapore Prison Service which said Brochez's claim of sexual assault had been investigated and found to be false. We are sorry for the error.