Netanyahu, 71, and Israel's health minister were injected with the Pfizer-BioNTech vaccine live on TV at Sheba Medical Centre in Ramat Gan, near Tel Aviv.

"I asked to be vaccinated first, together with Health Minister Yuli Edelstein, to serve as personal examples and encourage you to be vaccinated," Netanyahu told the television audience.

Each recipient must receive a booster shot in three weeks for optimal protection from the novel coronavirus.

United States Vice-President Mike Pence got the jab live on television on Friday, while President-elect Joe Biden is set to receive his shot on Monday.

President Donald Trump has made it clear he is not planning to take the vaccine imminently, citing the belief that his recovery from a brief but severe bout of Covid-19 has given him immunity.

Latest Israeli health ministry figures reported over 370,000 people had tested positive for the virus since the Jewish state confirmed its first case in February.

Just over 3,000 people have died, in a country of around nine million.

The vaccine will be rolled out at 10 hospitals and vaccination centres around Israel for healthcare workers from Sunday, according to the health ministry.

During the course of the week, a ministry statement said, vaccinations will be extended to the general public, starting with those aged over 60.

Netanyahu spent Monday to Friday in self-isolation after coming into contact with a confirmed coronavirus patient, despite testing negative for the virus on Sunday and again on Monday.

Ten days ago he was at Israel's Ben Gurion airport to welcome a first batch of vaccine.

The shipment was the first of eight million doses Israel has ordered from pharmaceutical giant Pfizer and its partner BioNTech.

It needs to be stored at the ultra-low temperature of -70 deg C, posing handling and storage challenges.

Other countries have begun rolling out the vaccine already.

Britain started inoculating its citizens with the same vaccine on Dec 8.

It has since been approved by the United States, Canada and, on Saturday, Switzerland.

Israel has also contracted to buy six million Covid-19 vaccine doses from US biotech firm Moderna, which are expected to be delivered in 2021, giving a total of 14 million shots.

The country imposed a second nationwide lockdown in September, when the country had one of the world's highest per capita infection rates.

Restrictions have since been gradually eased, but infection rates are again on the rise.

Netanyahu said receiving the vaccine was a first step toward a return to normality.

“On the way here I thought about the children worried about their parents, the grandchildren who want to hug grandma and grandpa – not a Zoom hug but a real hug,” he said.

“We will be able to go to football grounds, to see basketball games and, of course, to reopen the country and restore it to what it was, to go back to the normal life that we desire.”

The Palestinian territories have also seen a spike in Covid-19 cases in recent weeks. On Thursday, the West Bank-based Palestinian Authority announced stricter restrictions, including the closure of schools and universities, for two weeks to combat the virus’ spread.

Last week, PA president Mahmoud Abbas announced that Christmas mass in Bethlehem, where Christians believe Jesus was born, would be closed to the public this year due to the pandemic.

The Israeli-occupied West Bank, with a Palestinian population of more than 2.8 million, has officially recorded over 88,000 coronavirus infections, including 869 deaths, according to the Palestinian health ministry’s Saturday update.

In the Gaza Strip, with around two million inhabitants, there have been over 33,000 cases, with 248 deaths.

Israeli Foreign Minister Gabi Ashkenazi has said that Israel might provide vaccinations for Palestinians once it has vaccinated its own priority groups, such as frontline health providers. 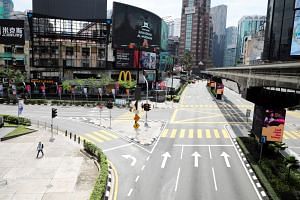 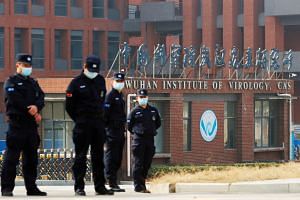 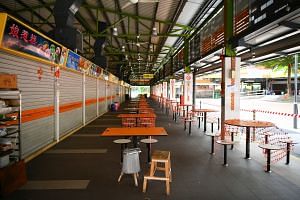 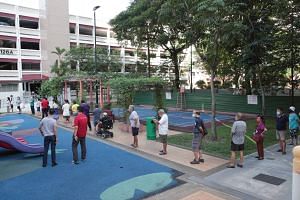 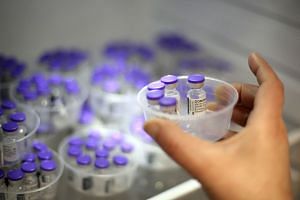 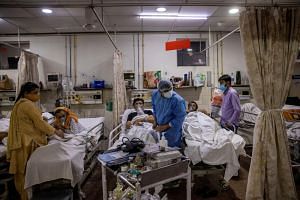 'I weep all the time': Trauma lasts beyond India's Covid-19 peak