SINGAPORE - For the first time, the Commissioner of Charities (COC) has come up with a comprehensive set of guidelines for commercial fund raisers, whose staff solicit donations for charities on the streets, to bring about a "more trustworthy and safer giving environment".

The Code for Commercial Fund Raisers, which spells out their responsibilities and acceptable conduct, addresses concerns voiced by the donating public - namely their pushiness in asking for donations and, often, a lack of transparency.

Dr Ang Hak Seng, the Charities Commissioner, said: "It makes clear what is acceptable conduct of fund raisers, such as being respectful to members of the public whom they approach and not to exert pressure to force people to donate."

Released on Thursday (March 21), the code was developed with contributions from the charity sector's key stakeholders, including the police and commercial fund raisers. Based on three core principles of legitimacy, accountability and transparency, it goes into immediate effect.

The code incorporates both legislative requirements for all commercial fund raisers and professional standards, which the COC expects them to adhere to.

Regarding the former, it is mandatory for commercial fund raisers to:

- inform the donor of the name of the charity it is raising funds for, the proportion of proceeds that will go to the charity and how the fund raiser's remuneration is determined.

- provide adequate control measures and safeguards to ensure proper accountability and to prevent any loss or theft of donations.

- hand over all donations collected directly to the charity without deducting any payment or reimbursement of expenditure due to them. The payment due to the commercial fund raisers must be paid separately.

- refund donors who give over $200 if they ask for their money back within a week of the solicitation. However, the amount refunded would need to consider factors such as whether there were any administrative expenses incurred. 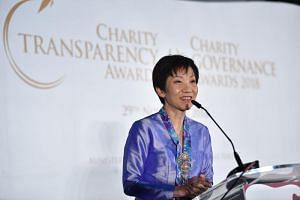 Commercial fund raisers who contravene the fund-raising laws can be fined up to $10,000, or jailed up to three years or both.

For example, they should not "act manipulatively or dishonestly or deliberately make a potential donor feel guilty", or block the public's right of way in order to get them to donate.

Donors said some fund raisers can be brash to the point of rudeness.

Chairman of the Charity Council Gerard Ee said: "They push hard and try to raise as much money as possible because they earn a commission. So if there are no guidelines on acceptable behaviour, the danger is that they can be overly aggressive and tarnish the name of the charity they are raising funds for."

Those in the know point out that commercial fund raisers take up to 30 per cent of the donations raised or the maximum allowed under the law for fund-raising expenses.

While parts of the code are not mandatory, Mr Ee said that it still has bite. For example, a commercial fund raiser that does not abide by the code or has attracted complaints may find it harder to get a permit to raise funds in public in the future.

SupportWorks Singapore, which used to be known as Appco Group Asia, is the first commercial fund raiser to subscribe to the code. Its spokesman said it is proud to do so and the code will safeguard charities and the public. 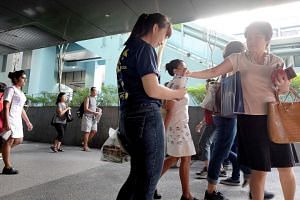 Number of new charities down to 10-year low

The code's development is similar to that of the Code of Practice for Online Charitable Fund-raising Appeals, which was launched in January last year to help ensure appeals on crowdfunding sites are genuine and that fund raisers are accountable for the donations received.

The new code comes in the wake of a record donation of $2.9 billion collected by charities in the COC's 2016 financial year, up from $2.7 billion a year before. The 2016 figures are the latest available.

He said: "I have had some bad experiences with people on the streets soliciting donations. Sometimes these people do not reveal how much commission they get.

"As a donor, I want to know where my money goes. With the new guidelines, the fund raisers have to reveal what percentage of the donation goes to the charity and so with that I feel more assured."