SINGAPORE - Celebrity DJ Tenashar has been arrested twice in the space of three days - for drug offences in Johor, then trespass and drug-related offences in Singapore.

Debbie Valerie Tenashar Long was released from prison less than two months ago for drug offences dating from 2015.

However, she was arrested after an incident last Friday (July 5) in Johor Baru and a Johor police source told The Straits Times on Thursday (July 11) that the 33-year-old's urine samples had tested positive for drugs.

She was subsequently released and returned to Singapore where she was then arrested for criminal trespass and suspected drug-related offences on Sunday, the Singapore police confirmed to the ST on Thursday night.

Ms Long, who had made headlines for her success as an international DJ, had planned to be an anti-drug ambassador - as mentioned by her lawyer during her earlier drug case.

Attempts to reach Ms Long for comments were unsuccessful.

According to a source, Ms Long entered the Berjaya Waterfront Hotel in JB in the early hours of July 5 and slept on a couch in the lobby, even though she was not a guest there. When approached by hotel staff later, Ms Long, who seemed to had been drinking, asked if she could be driven to a police station so that she could make a report. 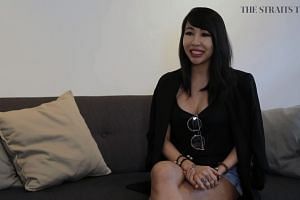 She claimed that she was "trying to run and hide from being murdered".

In that police report, seen by the ST, Ms Long claimed that she had been kidnapped, robbed and beaten in Johor on July 4 by a group of men sent by a Central Narcotics Bureau (CNB) officer who had previously handled her case. She alleged that she had suffered injuries, including a sprained foot and a bruised upper thigh.

She did not remember how she was kidnapped, adding that she was later thrown into a ditch "where there were rats and snakes".

However, officers suspected that she had used drugs and arrested her instead, said a Johor police source, adding that the drug tests returned positive.

Police in Malaysia are still investigating the case, however she was released personal on bail and returned to Singapore.

Not long after returning here, she was arrested again.

Singapore police said that after being alerted at 7.30pm last Sunday, a 33-year-old woman was arrested at a unit on Edgware Road for criminal trespass and suspected drug-related offences. Investigations are continuing.

The ST understands that Ms Long is currently assisting with investigations.

Earlier this year, the former FHM cover girl was sentenced to 18 months' jail after pleading guilty to drug possession and consumption - serving around 12 months of it including time spent on remand.

In an interview with the ST a week after her release from prison, Ms Long insisted that she did not knowingly consume the drugs she was found guilty of taking, and that she did not know the drugs found in her possession were there, maintaining that her then boyfriend Thorsten Nolte had bought them and put them in her luggage without telling her.

A week after the interview, Ms Long made a complaint to the CNB alleging several things about one of its officers, such as accusing him of brushing off her messages and calls - despite her attempts to get him to further investigate while she was overseas.

The CNB told the ST that it is currently looking into these allegations.

"Ms Long had been accorded the full due process of the law, including setting out her mitigation," the CNB added. "Her case was heard and dealt with in court based on all available evidence where she pleaded guilty and was convicted and sentenced accordingly by the courts."

CNB said in the statement that it "takes a serious view of all complaints or allegations made against our officers".

"Such complaints will be thoroughly investigated and if substantiated, CNB will not hesitate to take action against any errant officer. However, if the allegations are found to be false, appropriate action in accordance with the law will be taken."

When told of the recent developments, her mother, who only wanted to be known as Madam Low, 55, said she had last talked to her daughter more than two weeks ago. She added: "I thought she could change after prison."