He highlights help for households, stresses that economic transformation is necessary

It is important to the Government that the cost of living is kept affordable, Finance Minister Heng Swee Keat said yesterday as he spoke at length on the various measures to help households cope.

He highlighted how families in the lowest 20 per cent by household income get $4 of benefit for every dollar they pay in taxes, and even those in the middle get $2 of benefit per tax dollar.

On top of that, primary and secondary school education is "almost free", and when children enter institutes of higher learning, subsidies range from 75 per cent to 90 per cent, he added.

And having a strong Singapore dollar, importing goods from all over the world and fostering competition among local firms are further ways in which the cost of living is kept within reach, Mr Heng added.

During the dialogue on Channel NewsAsia's Ask The Finance Minister programme, Mr Heng also stressed that transforming Singapore's economy will not be easy, but it must be done now to avoid "hitting a brick wall a few years down the road".

"I know it is not easy for us to just restructure, but my concern is that if we do not act now, we will be storing up problems for the future," he said.

He was responding to a question about how the lowered foreign worker quota in the service sector could affect businesses.

Mr Heng said that Singapore has a choice between two roads, and that if it takes the easy road, it will end up hitting a brick wall.

"I know it is difficult, but if we go through this difficult journey, I think we will come out stronger," he said.

The quota was one of several announcements Mr Heng made during his Budget statement on Monday, in which he outlined measures to help Singaporeans with healthcare costs and other expenses, and support for firms and workers to thrive in a changing environment. 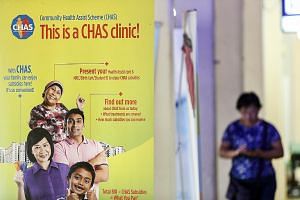 Singapore has a place in the world as long as it stays relevant and adapts, says Heng Swee Keat

During the dialogue, which was televised live, he also fielded questions on whether this year's Budget could have included measures to support more groups of people or addressed topics such as housing.

He reiterated several times that it is not possible for one Budget to "hit 10 targets at one time" or "tackle A to Z". Instead, each Budget seeks to address different priorities, he said.

"We have to see the Budget from year to year and look at how it is building up over time... Every year's Budget builds upon previous years' Budgets," he said.

In his Budget speech, Mr Heng said the overall budget deficit for the 2019 financial year is expected to be $3.5 billion, but the Government has, over its current term, accumulated a sufficient fiscal surplus to fund it.

Asked how he planned to spend the surpluses, he said some come from "unexpected developments".

"We cannot plan our Budget on the basis that there will be some good luck, because there will also be years where it is the other way round," he said.

He added that at the end of this term of government, any surplus will be locked into past reserves, which are invested for Singaporeans. This Net Investment Returns Contribution is the largest component of the Government's revenue, he said.

"It is a way for us to use it in a much more sustainable way to flow back for future users," he said. "It doesn't mean that, we have this surplus, so therefore let's go splurge it tomorrow."