SINGAPORE - A record 19 questions have been filed by MPs on the recent cyber attack on SingHealth's computer systems for Monday's (Aug 6) parliamentary sitting.

It is the highest number of questions filed on a single issue in this term of Parliament, which began after the 2015 election. By comparison, another hot topic, the flooding of MRT tunnels along the North-South Line last October, drew 10 questions from MPs.

There is heightened interest in the cyber attack, said Ms Joan Pereira (Tanjong Pagar GRC), because it came after the Wannacry ransomware attack last year, which affected hundreds of thousands of computers worldwide.

The Minister for Health and the Minister for Communications and Information will speak on the issue in a ministerial statement - which is longer and more substantive than the usual reply to an MP's question.

It is among two such statements slated for Monday's sitting, according to the order paper issued by Parliament on Friday (Aug 3).

There will also be a statement by the Minister for Defence on the findings of a review following the death in April of 19-year-old full-time national serviceman Dave Lee from heat injury.

The SingHealth data breach was the biggest cyber attack on Singapore to date, affecting 1.5 million public healthcare patients who had their basic particulars copied. 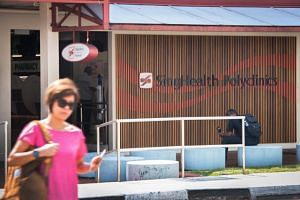 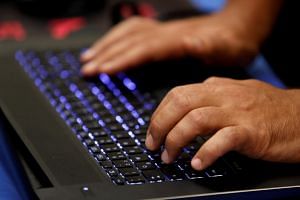 A smaller segment of 160,000 patients had their prescription data stolen, including Prime Minister Lee Hsien Loong, who was the primary target of the hackers.

Questions from MPs include whether the culprit will be taken to task, and how the Government plans to restore public confidence in the Smart Nation project following such an attack.

He asked this because it is "the most immediate and practical effect that would be felt by Singaporeans", he said.

The attack has also called into question the security and privacy of the National Electronic Health Record (NEHR) system, though it did not suffer a breach this time.

Ms Pereira has asked how the NEHR, which allows health records to be shared across healthcare providers, can be made more secure.

Describing the NEHR as a critical part of the healthcare system, she said: "(Such a) cyber attack can take many forms. On top of data leakage, it could be even worse if the system is shut down by the perpetrators - for example, by ransomware - or if patients' records are altered or deleted."

Also to be discussed on Monday: the national service deferment request by footballer Ben Davis, who has signed a professional contract with English Premier League club Fulham. The issue attracted eight questions.