SINGAPORE - Actress Rebecca Lim's Instagram post on her "retiring" was not meant to mislead the public, insurance company NTUC Income said at a press conference on Monday (Feb 15).

Hundreds of Lim's fans and the media fell for an Instagram post that the 29-year-old star put up last Friday, implying that she was retiring from show business.

But the post turned out to be a publicity stunt involving NTUC Income, to remind young Singaporeans to plan financially for retirement.

Mr Marcus Chew, NTUC Income's chief marketing officer, said: "We did not set out to mislead anyone. We regret upsetting anyone over the weekend. Our intention for the post was really to draw attention to retirement planning, and retiring as a journey."

The wording of the Instagram post was a collaboration between NTUC Income and Lim, who was not present at the press conference.

In the post, she wrote: "Hi everyone. I've decided to do something that will change my life. I have been thinking about it for a while now as I know it has to be done. 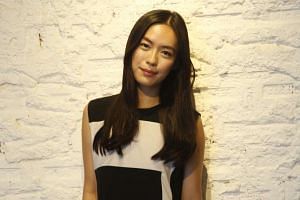 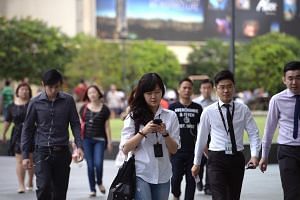 Despite Lim's clarification later on Friday that she was not retiring, the public backlash has been significant.

Social media users criticised the stunt, calling it a "bad marketing gimmick" which undermined the trust that fans of Lim and the public had in her.

Experts whom The Straits Times spoke to also felt that it was ill-conceived and poorly executed.

NTUC Income's head of strategic communications, Ms Shannen Fong, explained that the whole point of Lim's post was to emphasise "retiring" as a journey to "retirement".

"We wanted to introduce the concept of retiring as a journey. Therefore that word was used. If you notice, we didn't say 'retiring' to what. It was very generic," Ms Fong added.

"The real intention was to draw attention, and we were hoping for the opportunity like in this instance to be able to articulate what was the real concept of 'retiring'."