BANGKOK (AFP) - Several anti-military candidates in Thailand lodged fresh complaints with the Election Commission on Friday (March 29) over bungled tallies and alleged vote-buying following a controversial vote that has left politics in the junta-ruled kingdom in limbo.

A military-backed party and its main rival led by an exiled billionaire have both claimed the right to lead the government in the wake of weekend polls, with official final tallies delayed for weeks.

Candidates from at least two parties on Friday issued fresh complaints with the commission over alleged irregularities they claim could skew final vote counts.

A member of the anti-junta Future Forward party accused the pro-military Palang Pracharath of currying favour among local officials by gifting them cash and gifts.

"It's against the law, it can be seen as vote-buying," said Future Forward spokesman Pannika Wanich.

"There was a military officer standing inside the polling station to see whether military officials have voted for the party he wanted," candidate Chris Potranan said in a complaint filed on Friday. 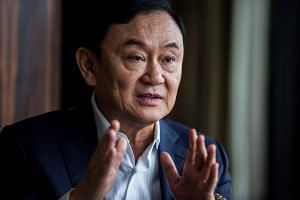 One member of the anti-junta Pheu Thai party also lodged objections over allegedly dodgy counts in his Bangkok constituency.

"Our observers at polling stations reported inaccuracies in tallies, as counting was conducted in a dark area," Pheu Thai candidate Trirat Sirichantharopas said.

There have been more than 140 complaints filed since the Sunday vote, the Election Commission said.

On Thursday, the commission unexpectedly released the latest popular vote tallies, before quickly taking them down and re-posting different numbers.

The tally showed more than 2.1 million invalidated votes, but election officials did not respond to questions about the invalid ballots.

Coming in second was its main rival Pheu Thai, the party linked to self-exiled former premier Thaksin Shinawatra. His sister, former prime minister Yingluck Shinawatra, was ousted in the 2014 coup and also lives in exile.

With parliamentary seats yet to be confirmed, both parties have claimed the right to govern.

Pheu Thai and Future Forward formed a coalition with five other parties this week, claiming to hold more than half of all seats in the Lower House of Parliament and the right to form a government.

But observers say the bloc will not likely have enough overall seats in the upper and lower houses to stunt a junta-backed alliance, with the balance of power stacked in the military's favour.