BEIJING - China has slammed the Trump administration's demand that the World Trade Organisation (WTO) change within 90 days the way developing countries are designated, saying the unilateral move has shown the self-serving nature of the US.

In a memo addressed to US Trade Representative Robert Lighthizer, President Donald Trump called on the WTO to change how rich countries can enjoy certain benefits by declaring themselves as developing countries.

The US leader directed Mr Lighthizer to stop treating such countries as developing countries for the purposes of the WTO, if he deemed that they had not made substantial progress towards reform within 90 days.

Mr Trump listed a number of wealthy economies, including Singapore and South Korea, for taking unfair advantage of such rules, although the memo focused largely on criticising China.

Chinese Foreign Ministry spokesman Hua Chunying told a regular briefing on Monday (July 29) that most WTO members agreed that special and differential treatments are core values and basic principles at the heart of the trade body, and that the standards that must be met to qualify cannot be dictated by any one country.

"The US side's statements on the status of developing countries in the WTO has exposed its wilfulness, arrogance and selfishness," said Ms Hua.

Ms Hua's comments echoed an editorial in the Chinese Communist Party's official People's Daily newspaper on Sunday which denounced the US action as "the mad ravings and conceited language of a global bully".

This attempt to bully the WTO into changing global trading rules or face US sanctions was "old tricks taken out of the bottom drawer" on the eve of the latest round of trade talks, the paper added.

Chinese experts said Mr Trump's move was unlikely to amount to much, as attempts to scrap special treatment rules for developing countries would face widespread objection at the WTO. 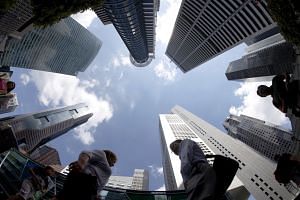 Xinhua news agency said Washington's "latest hegemonic attempt" to coerce the WTO "is destined to hit a wall of opposition".

US and Chinese trade negotiators are meeting on Tuesday and Wednesday for the latest round of discussions, after Mr Trump and his Chinese counterpart, Mr Xi Jinping, reached a truce in Japan last month.

Dr Huo told the Global Times: "Their clear goal is to pressure China any way they can to give more ground in the talks, but they should know by now that will not work with China."

But while China has fashioned itself as a defender of special and differentiated treatment, China Institute for WTO Studies Executive Dean Tu Xinquan said the label by itself was not meaningful, as any WTO concessions have to, in actuality, be agreed to by China's trade partners.

For instance, China's commitments in the new WTO Trade Facilitation Agreement and the Information Technology Agreement "are much larger than other developing countries", said Dr Tu.

"For China right now, the problem is it is politically difficult to declare that it is already a developed country," he said. "The actual situation is that (trade concessions) are decided by negotiations, on a case-by-case basis."