HONG KONG (AFP) - Asian markets fell on Thursday (June 13) with Hong Kong suffering a second straight day of losses as investors fret over the impact of protests in the city and plans to introduce a controversial law allowing extradition to China.

Uncertainty over the China-US trade saga and soft inflation data out of Washington added to the selling, though oil prices bounced from five-month lows after a report of an incident involving a tanker in the Gulf of Oman.

While the protests have subsided for now, the market was down 0.8 per cent in the afternoon, extending the previous day's 1.7 per cent loss.

And with Beijing backing the law, observers warned that the issue could have a detrimental effect on the mainland.

"Uncertainty with Hong Kong's autonomy will dampen business prospects and put a further strain on Chinese growth. If the US and Europe become involved it could complicate relations and future trade deals."

Hong Kong has also come under pressure from the international community, with the European Union saying the proposed law had "potentially far-reaching consequences for Hong Kong and its people, for EU and foreign citizens, as well as for business confidence in Hong Kong".

The amount banks charge each other to borrow cash - known as the Hong Kong Interbank Borrowing Rate (Hibor) - extended its recent rise to a fresh 11-year high on Thursday as cash is sucked out of the financial system. The gains saw the local dollar hit a six-month high.

While the withdrawals are expected at this time of year for various seasonal reasons as well as preparations for IPOs, analysts said the protests were also having some effect.

Most other regional markets were also in the red, with recent optimism that the Federal Reserve will cut interest rates soon - helped by soft US inflation data - unable to soothe investor angst.

Tokyo ended 0.5 per cent lower, Singapore fell 0.2 per cent and Taipei fell 0.5 per cent. Sydney, and Manila were also lower, though Shanghai and Wellington ended up after late rebounds.

Energy firms fell but pared early losses as oil prices rallied about 3 per cent on news that a port in key producer the United Arab Emirates had received a distress signal from a tanker, Bloomberg News reported. The news comes after the sabotage of four ships in the region last month that heightened tensions there. 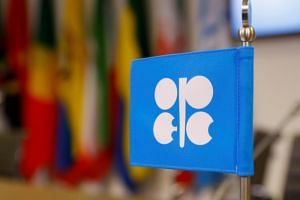 "We know that geopolitical tensions in the region are worsening and raise supply-side concerns in terms of short-term outages," said Mr Neil Wilson, chief market analyst at Markets.com. "But with OPEC already curbing output and US production at a record high the market is far less susceptible to a shock."

The report provided a much needed bounce to crude prices after they tanked on Wednesday on data showing a surge on US inventories, which exacerbated worries about the US-China trade war.

The jump of more than two million barrels of crude - compared with an expected drop of one million - fuelled worries about demand in the world's top economy and sent both main contracts to levels not seen since January.

Hopes that OPEC and other key producers led by Russia will reach an agreement to extend output cuts beyond June were also giving support to prices, although no date has been set for their meeting due later this month.

"While the group has still to settle on a date for their upcoming bi-annual meeting, members continue to promote the idea of further cuts. UAE said yesterday that the group is close to agreeing to extend cuts," Mr Moya said.