SYDNEY (BLOOMBERG) - Flying has become deadlier than it has been for years, and it's hard to pin it solely on Boeing Co's infamous 737 Max.

Aircraft accidents occurred more frequently in almost every region worldwide in 2018 as the death toll climbed to a four-year high of 523, according to the International Air Transport Association (IATA). The fatal crashes of Ethiopian Airlines Flight 302 and Aeroflot Flight 1492 ensure that this year will be another bad one.

So what happened to the safest form of travel? It is one of the biggest questions hanging over airline and aircraft executives as they congregate this weekend in Seoul at IATA's annual meeting for the industry's largest gathering since the two Boeing 737 Max disasters.

What's clear is that demand for air travel is growing so fast - IATA expects it to double in the next 20 years - that airlines, plane makers and regulators are struggling to keep up. Meanwhile, the pressure to keep costs low has intensified with the proliferation of no-frills carriers catering to travellers unrelentingly obsessed with ticket prices.

And the reality is that safety, whether it be the training of pilots or add-on features in planes, costs money, and there's a limit to how much the industry can spend safeguarding human life.

"You get what you pay for," said Mr Geoffrey Dell, a safety scientist at Central Queensland University in Australia who has been an air-safety investigator since 1979. "Everyone is moving back to a minimum regulatory standard. It's designed to give you the best outcome for the cheapest price."

To be sure, flying is still relatively safe. Some 4.3 billion travellers, the equivalent of more than half the world's population, flew safely in 2018. The chance of an accident is little more than one in a million. And it has been more than a decade since fatalities topped 1,000 a year, something that regularly happened from the 1960s until the turn of the century. 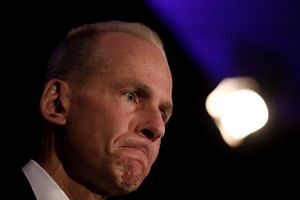 Yet that didn't stop Montreal-based IATA, whose member airlines represent more than 80 per cent of air traffic worldwide, from painting an unusually bleak picture in its safety report for 2018, which was released in April.

While the industry has made huge advances, it has been too slow to address catastrophic events such as the loss of control in mid-flight, according to the association.

Safety is also under pressure because airlines are increasingly asking manufacturers for specific aircraft to tap travel trends.

That is placing a burden on Chicago-based Boeing and European rival Airbus SE to deliver aircraft on time and on budget, said Mr Ian Thomas, a senior aviation consultant at Capa Consulting in Sydney. He noted Qantas Airways' public request for both manufacturers to make a plane that can fly Sydney to London non-stop by 2022.

"Safety and quality are important but price continues to be the main driver," said Mr Thomas.

Other pressure points have emerged. The surging demand for flights means that the world will need about three-quarters of a million new maintenance technicians and about the same number of new pilots by 2037 just to keep pace, according to Boeing's projections.

In the twin Boeing Max tragedies, preliminary probes exposed some of the risks associated with the complexities of modern aircraft.

In both the October crash in Indonesia and the March disaster in Ethiopia, which killed 346 people, evidence emerged that an on-board system known as MCAS took control of the aircraft from the pilots and repeatedly forced both planes to dive. The model - Boeing's fastest-selling jet ever - has been grounded globally since the second crash.

Then there's the issue of pilot training. Flight-handling errors, such as incorrect power or flap settings, contributed to about one third of the 339 fatal and non-fatal accidents between 2013 and 2017, according to IATA.

Flight-simulator time is so expensive that piloting skills at some airlines that don't have their own machines have eroded, according to Central Queensland University's Mr Dell.

While training levels vary depending on the airline, there's a clear need to prepare pilots to handle situations beyond syllabus items like landing-gear failure, according to Mr Dirk Dahmen, Airbus training manager at Qantas and an A-380 captain.

As he puts it: "We need to train our pilots to deal with the unpredictable stuff."

Reversing the deadly trend of accidents is likely to require progress on multiple fronts, beyond recreating unusual scenarios in simulators.

There's one tragic indicator when safety margins get too thin. "You've got a pile of wreckage that tells you you went too far," said Mr Dell.