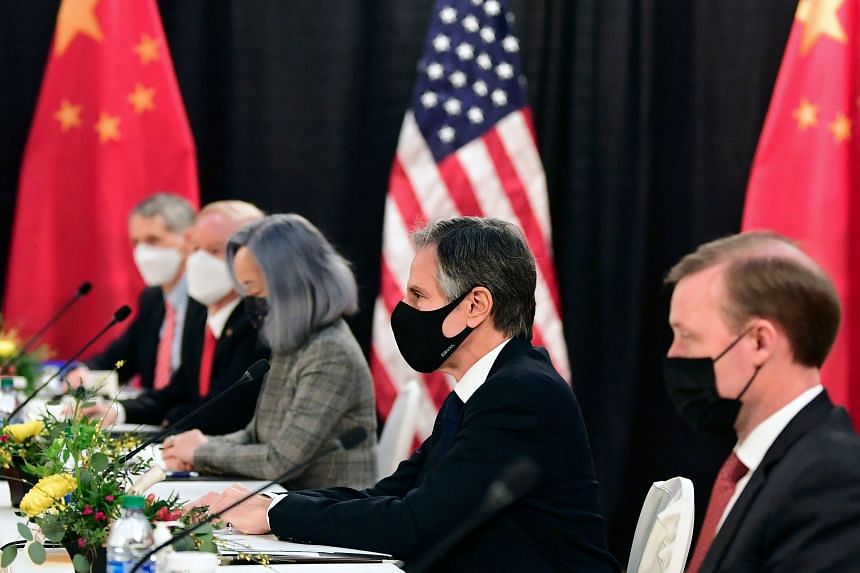 If Beijing went into its talks with the United States in Anchorage, Alaska, seeking a reset in their relationship after years of fraught ties and a bruising trade war under the Trump administration, the hard line adopted by Biden administration officials in the opening minutes of their meeting quickly made it clear that was not going to happen.

The contentious tone - with Chinese officials accusing their American counterparts of being “inhospitable” and violating diplomatic protocol - was not too surprising, said analysts.

Hinrich Foundation research fellow Stephen Olson told ST’s US Correspondent Charissa Yong that this is an attempt by both sides to stake out positions and lay down markers in a forceful way. 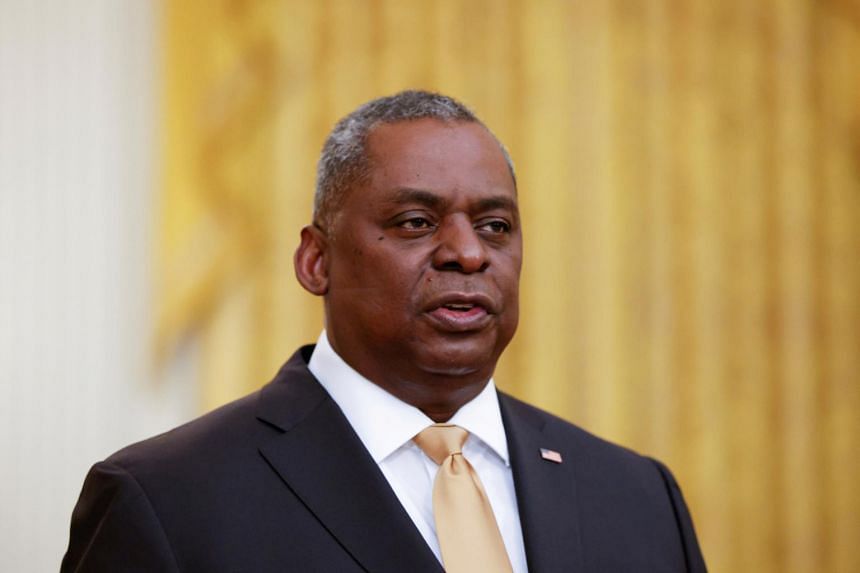 US Defence Secretary Lloyd Austin was urged by a senior US senator to convey Washington’s opposition to India’s proposed purchase of Russian air defence systems as he headed to New Delhi on Friday (March 19) for talks aimed at deepening security ties.

His trip comes after leaders of the US, India, Australia and Japan - countries together known as the Quad - held a first summit last week pledging to work together for a free and open Indo-Pacific and to cooperate on maritime and cyber security in the face of challenges from China.

Read our Asian Insider weekend special on the Quad alliance, tomorrow on straitstimes.com. 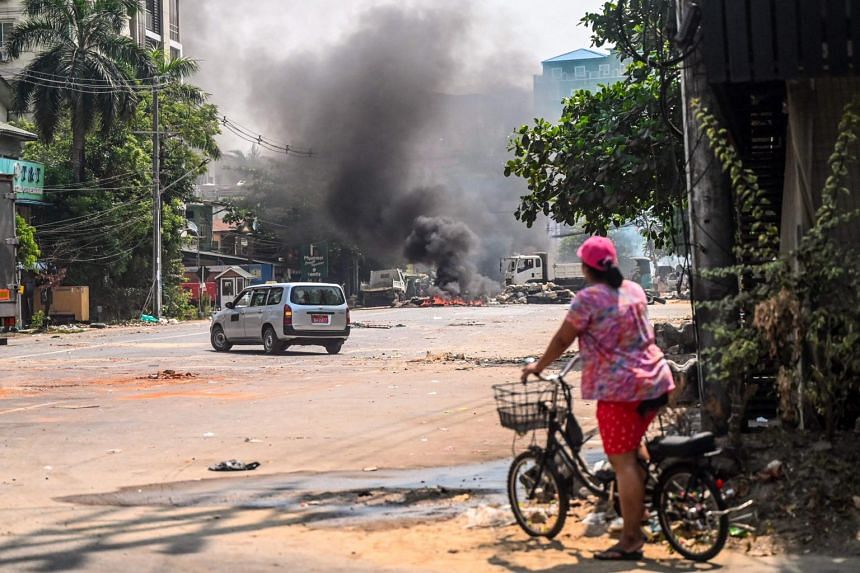 Roads out of Yangon were choked on Friday (March 19) with people fleeing the junta’s deadly crackdown on anti-coup dissent, as local media said nine people were killed in confrontations with security forces.

Myanmar has been in turmoil since the military ousted civilian leader Aung San Suu Kyi on Feb 1, triggering a mass uprising that security forces have sought to crush with a campaign of violence and fear.

Nearly three weeks after Asean foreign ministers met virtually to urge the Myanmar military to desist from violence and respect the will of the Myanmar people, Indonesian President Joko Widodo has called for another meeting to discuss the crisis, ST’s Regional Correspondent Arlina Arshad reports. Unlike the United States and other Western countries, Asean has refrained from condemning the coup in its member state Myanmar owing to consensus as a key principle in its operations.

Get the latest developments in Myanmar here 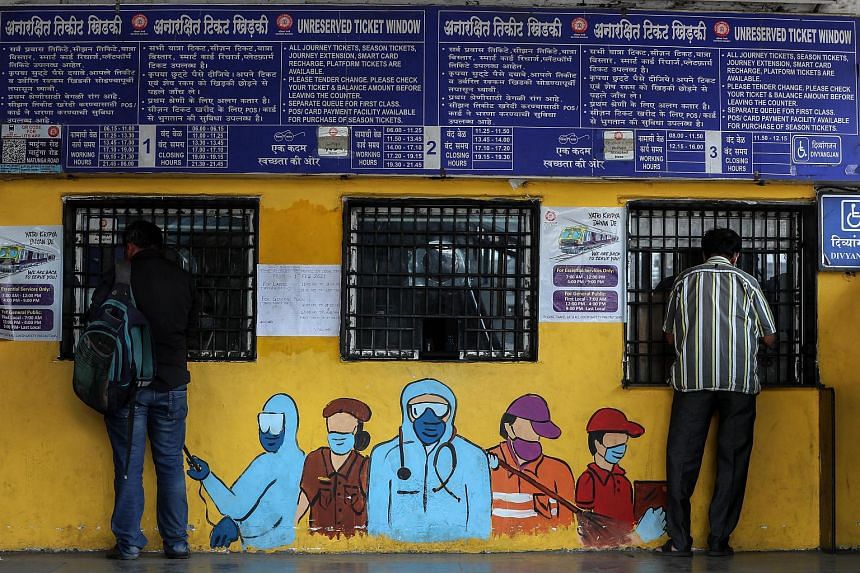 Financial woes brought by last year’s coronavirus pandemic have pushed about 32 million Indians out of the middle class, undoing years of economic gains, a report has shown, while job losses pushed millions into poverty.

The number of Indians in the middle class, or those earning between US$10 (S$13) and US$20 a day, shrunk by about 32 million, compared with the number that could have been reached in the absence of a pandemic, the US-based Pew Research Centre said. 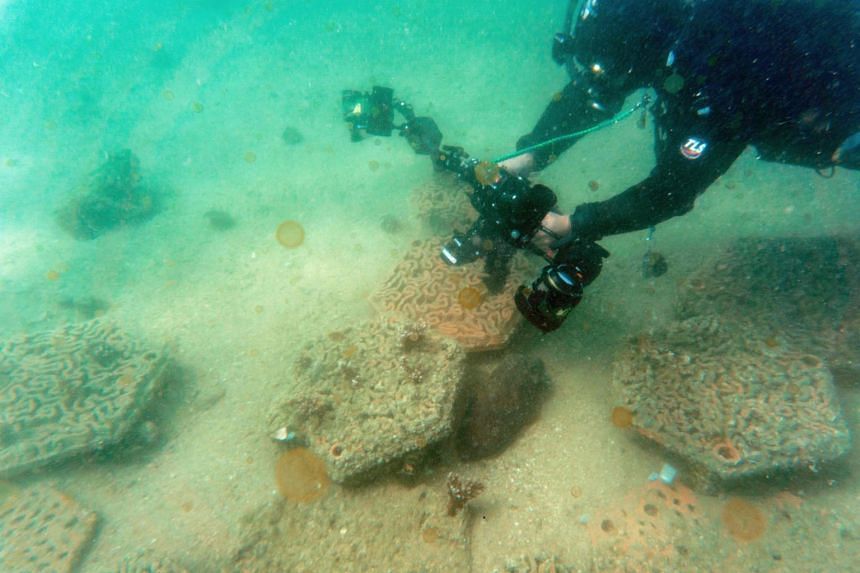 In jade waters off Hong Kong’s eastern shoreline, scientists are thrilled to spot a cuttlefish protecting her eggs inside an artificial, 3D-printed clay seabed helping to restore the city’s fragile coral reefs.

The artificially produced reef laid down last summer by marine scientists has helped to breathe new life into Hoi Ha Wan marine park where reefs had been struck by bleaching and mass die-offs.

‘Corals are being cooked’: A third of Taiwan’s reefs are dying 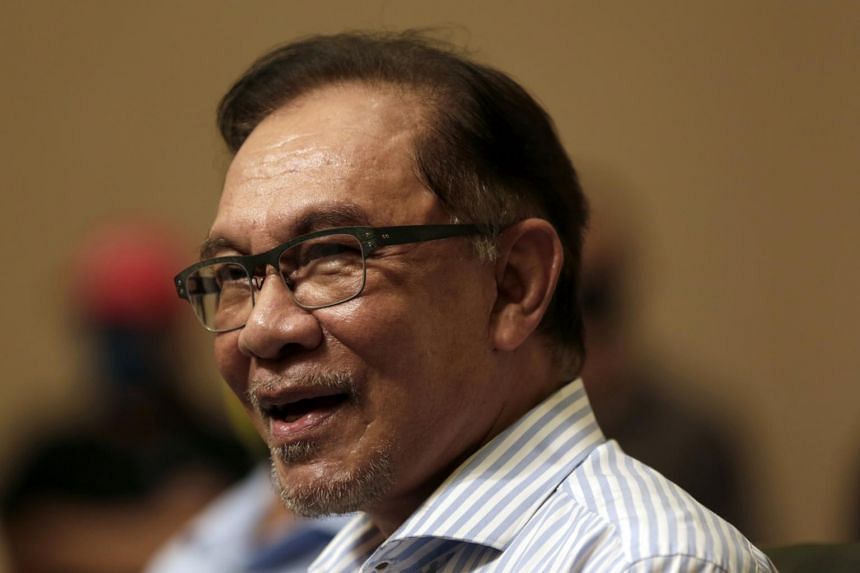 PKR seeks to call the shots in Malaysia’s opposition but allies resist: Parti Keadilan Rakyat’s (PKR) push to regain dominance in Pakatan Harapan (PH) has been met with pushback from its partners in the coalition wary of Datuk Seri Anwar Ibrahim’s growing closeness to erstwhile nemesis Umno. PH officials and insiders say PKR’s unilateral rapprochement with the once-dominant Malay party Umno, recruitment of lawmakers from ally Parti Amanah Negara and insistence on controlling key positions in the coalition are part of a move to ensure Mr Anwar can dictate terms ahead of and after fresh polls expected within months, ST’s Malaysia Bureau Chief Shannon Teoh reports.

Walmart opens marketplace to non-US vendors in strategy shift: Walmart has removed rules requiring sellers on its marketplace website to be registered in the US - an attempt to close the e-commerce gap with Amazon.com and tap into China’s vast network of manufacturers. For Chinese manufacturers, US marketplaces have become a popular way to reach American customers. Nearly 40 per cent of all Amazon marketplace sales to US shoppers come from Chinese merchants, according to researcher Marketplace Pulse, which monitors the site.

North Korea to sever ties with Malaysia over extradition of citizen to US: North Korea said it would sever diplomatic relations with Malaysia after a court there ruled that a North Korean man could be extradited to the United States to face money laundering charges, state media KCNA has reported. North Korea’s foreign affairs ministry also warned Washington would “pay a price”, in a statement carried by KCNA.

That’s it for today. Hope you enjoyed today’s stories, and do check back next week for more insightful reads.