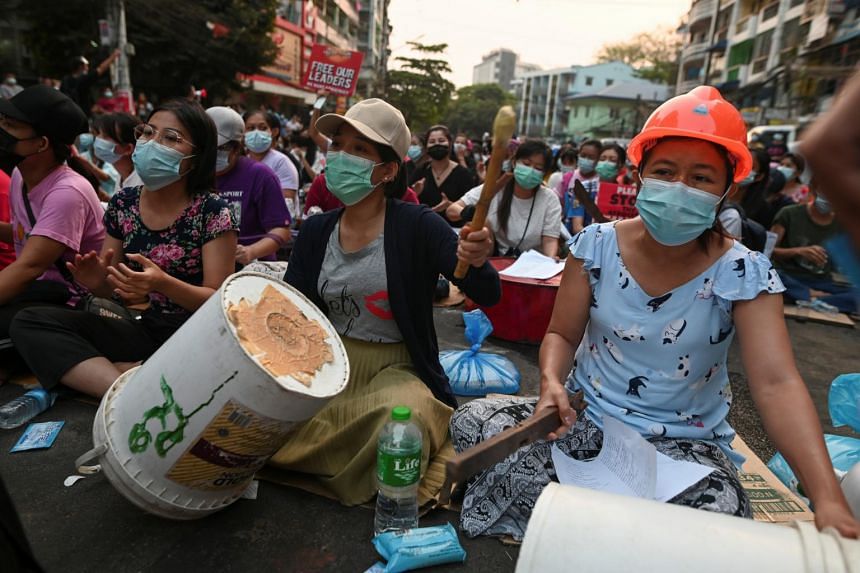 Myanmar extended a "full martial law" to all parts of Yangon following violent protests over the weekend that left 50 people dead and reflected growing anti-Chinese sentiments building up among protesters in the country.

The Global Times, a tabloid run by the Communist Party, reported that 32 China-funded factories had been vandalised in attacks on Sunday with the property damage reaching $36.89 million (S$50 million). It said earlier that two China-funded garment factories were destroyed in arson attacks. Other reports said some of the people working in the Chinese factories had been injured as well.

Concerned about the confusion, Taiwan's de facto embassy in Myanmar advised Taiwanese companies operating in Myanmar to fly the island's flag and hang signs stating they are from Taiwan to avoid being confused with China. 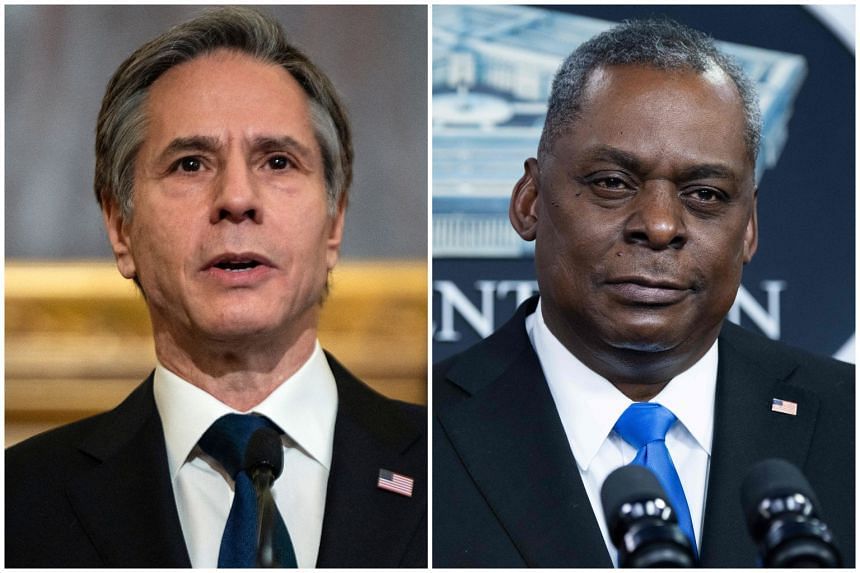 Asia is set to be in spotlight this week as two of President Joe Biden's top officials - Secretary of State Antony Blinken and Defence Secretary Lloyd Austin - travel to the region for meetings in Japan, South Korea and India to build on alliances in the region.

The two will meet their counterparts and Prime Minister Yoshihide Suga in Japan during the first leg of their trip. Thereafter, both continue to South Korea after which Defence Secretary Austin heads to India.

Ahead of their visit to Asia, Mr Blinken and Mr Austin wrote in a comment piece in the Washington Post that the visit would be to "revitalise ties with friends and partners" to deal with a common threat. "Our combined power makes us stronger when we must push back against China's aggression and threats," they wrote.

The Biden administration's first in-person dialogue with China is scheduled next in Anchorage, Alaska, on Thursday. Mr Blinken will join President Biden's national security adviser Jake Sullivan for the meeting with their Chinese counterparts Yang Jiechi and Wang Yi.

The tour of Asia follows an unprecedented summit of the Quad - an informal alliance of Australia, India, Japan and the United States - leaders last week. 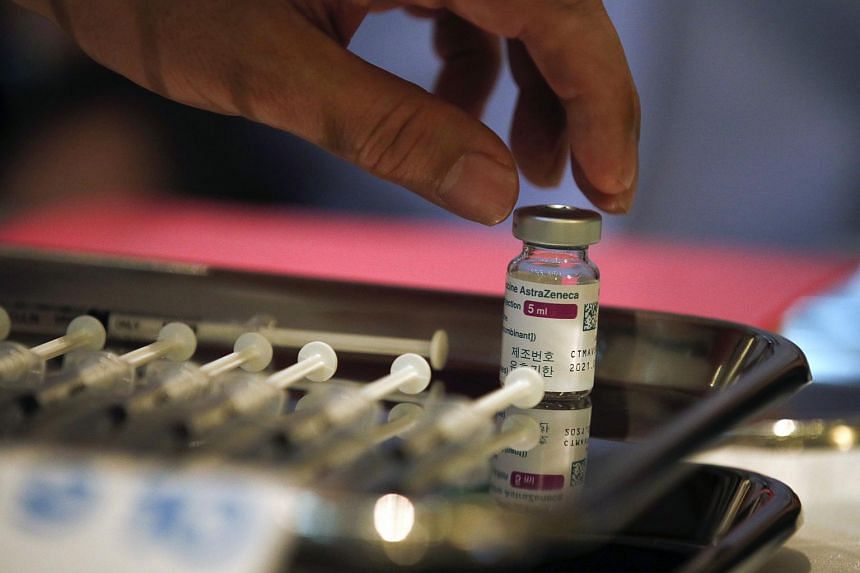 Thailand, the only Asian country that had suspended vaccinations using AstraZeneca's Covid-19 vaccine following reports of several European countries doing so, said today it would resume vaccinating its people. A government spokesman said the Prime Minister and his cabinet ministers would take the vaccine tomorrow.

Thailand’s resumption follows AstraZeneca’s clarification on Sunday that a review of safety data of people vaccinated with its Covid-19 vaccine had shown no evidence of an increased risk of blood clots. The review covered 17 million people. AstraZeneca's vaccines are being administered to millions in Asia.

Elsewhere in the region, the Philippines was struggling to cope with yet another wave of Covid-19 infections forcing Manila to reinstate many of the quarantine measures it had lifted around October.

India considering a ban on cryptocurrencies 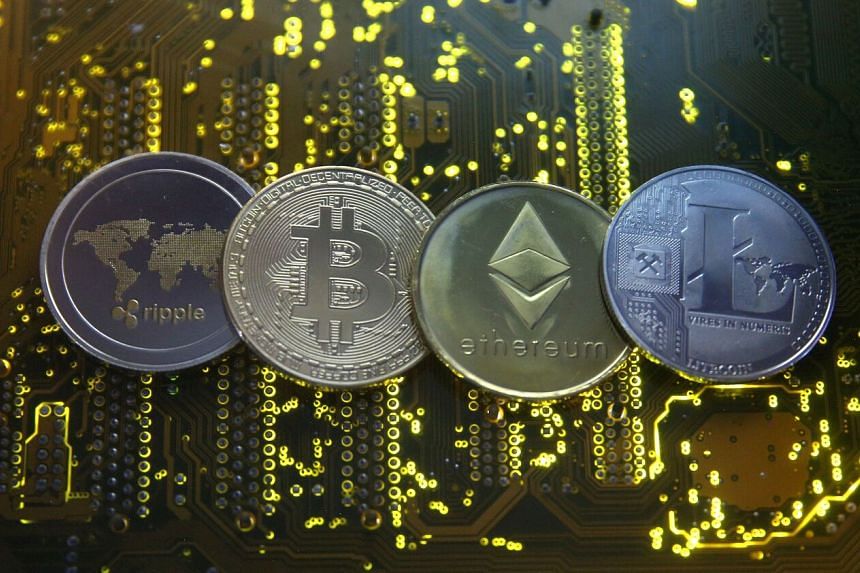 India is considering a ban on cryptocurrencies through a bill that will make it illegal for anyone to hold onto private virtual currencies, in what could well be one of the world's strictest policies on these digital assets. Given the government's strong majority in Parliament, country observers expect the bill to be passed once it is introduced.

This development comes as the value of Bitcoin, the world's largest cryptocurrency hit a record high US$60,000 (S$80,650) on Saturday, nearly doubling its value in the past year after winning support from Tesla CEO Elon Musk and others.

Despite the threat of a ban, transaction volumes have been swelling in India even as officials try building a framework for an official digital currency. 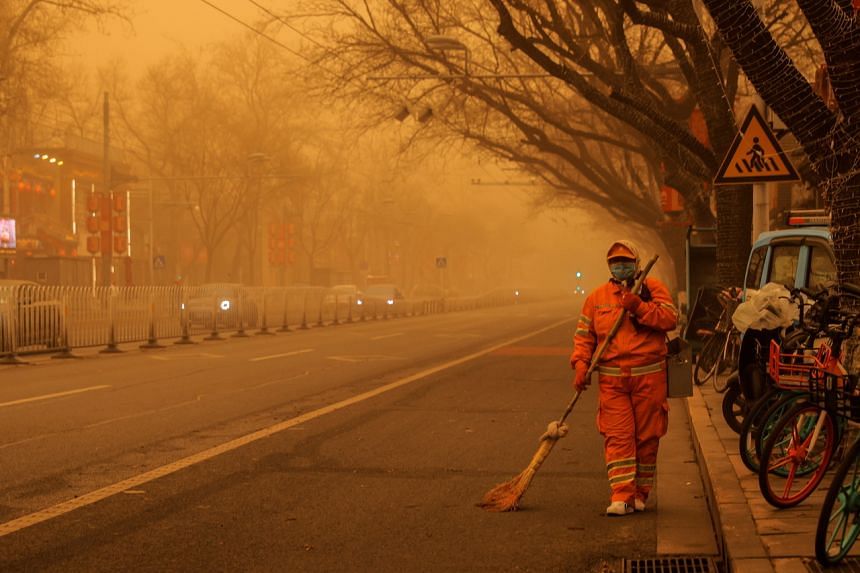 Beijing was enveloped in thick brown dust today blowing in from the Gobi desert and north-west China, in what was being described as the worst sandstorm in a decade. The top of tower blocks were barely visible while residents found it hard to move around the capital city. A cautionary yellow level alert was issued by the China Meteorological Administration.

China's capital regularly faces sandstorms due to its proximity to the Gobi desert and deforestation activities and soil erosion in the northern parts of the country. Beijing has planted several trees to create a "great green wall" but efforts so far have not had the desired result. 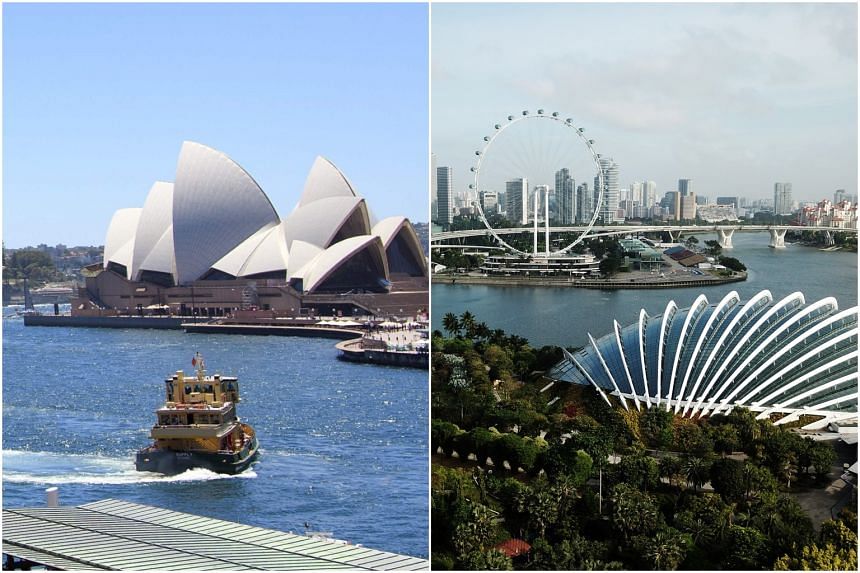 Australia says it's working on travel bubble with Singapore: Australia is "working with Singapore" to create a travel bubble between the two nations that could begin as early as July, officials said on Sunday, to revive travel and tourism. A media report said the deal would allow Singaporeans and Australians who had been vaccinated to travel between the countries without quarantining.

Malaysian govt files appeal against court ruling allowing use of 'Allah': The Malaysian government today filed an appeal with the Court of Appeal against last week's ruling on the use of the word "Allah" by Christians in their publications in the country, local media reported. The appeal was filed following demands from Muslim groups to do so.

World awaits China Covid-19 origins report: The report by the international team that visited Wuhan, China to discover the origins of coronavirus, on behalf of the World Health Organisation, is expected to be published this week.