In today’s bulletin: Myanmar's military regime edges closer towards crackdown as martial law is declared in several cities; Covid-19 could have been circulating elsewhere before its discovery in Wuhan; Hong Kongers with dual nationality are not entitled to foreign consular assistance; and more. 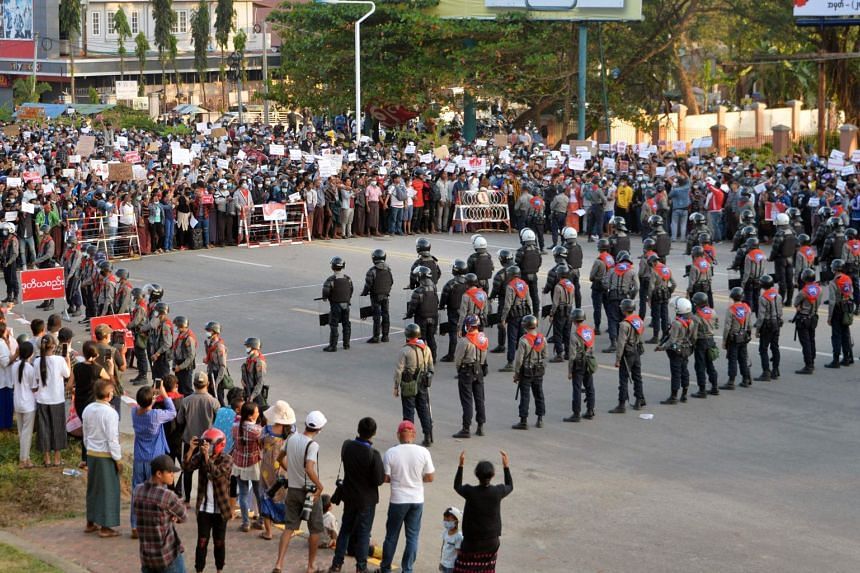 In his address, the military chief reiterated allegations of massive fraud in the Nov 8 election, which he had used to legitimise his putsch, but also sought to assure foreign investors and partners that his regime would carry out policies laid out by the civilian government and honour previous signed agreements.

Tens of thousands of protesters have taken to the streets including in the tightly controlled capital Naypyitaw, in the past few days, to demand the reinstatement of their elected government. With martial law imposed, it is more likely that soldiers will be deployed on the streets, which could increase the chances of confrontation. But the regime would likely be careful about resorting to a violent crackdown that could make its existence more precarious.

More on the coup:

Myanmar police fire into the air, use water cannons to quell protests

Covid-19 could have been circulating elsewhere before Wuhan discovery: WHO mission 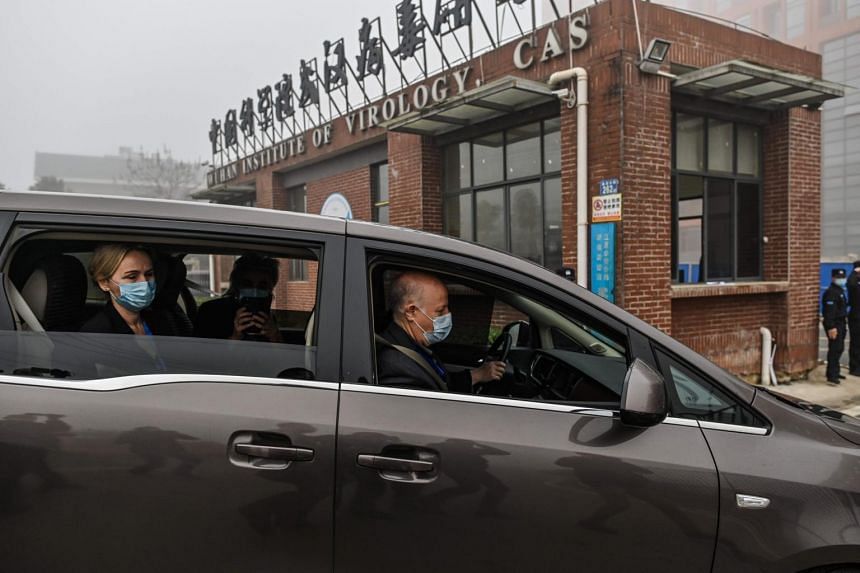 A joint World Health Organisation (WHO) and China expert mission investigating the origins of the Covid-19 pandemic in Wuhan said on Tuesday (Feb 9) that the virus that causes Covid-19 could have been circulating in other regions before it was identified in the central Chinese city of Wuhan at the end of 2019.

Dr Liang Wannian, an expert with China’s Health Commission, also told a press briefing at the end of a nearly one-month visit to Wuhan by a WHO-led team that there had been no substantial spread of the virus in the city before the late 2019 outbreak.

Dr Peter Ben Embarek, the head of the WHO team, said that its investigation had uncovered new information but had not dramatically changed the picture of the outbreak. He added that that work to identify the origins of the coronavirus points to a natural reservoir in bats, but it is unlikely that they were in Wuhan. He all but eliminated a controversial theory that Covid-19 came from a laboratory in Wuhan.

The United States said China needed to be more open when it comes to sharing data and samples as well as allowing access to patients, medical staff and lab workers. Beijing subsequently accused Washington of politicising a scientific mission.

More on the pandemic: 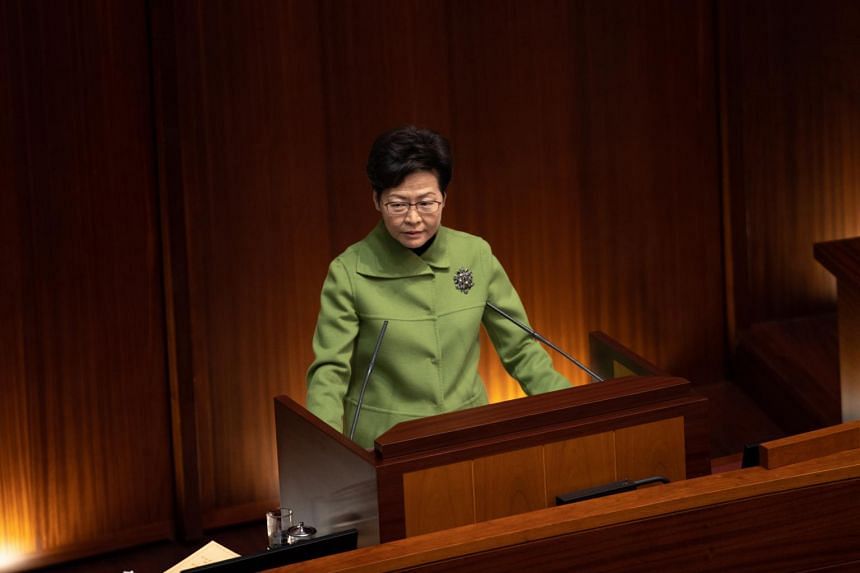 Canada's foreign affairs department announced last week that a dual-national in prison in Hong Kong was required to make a declaration choosing a single nationality. The revelation sent diplomats from Britain, Canada and the United States scrambling given the potential implications for hundreds of thousands of Hong Kongers in the city with dual nationality - and those who travel there for business and tourism.

On Tuesday (Feb 9), Chief Executive Carrie Lam confirmed that while residents could own multiple passports, dual nationality was not recognised in Hong Kong under China's nationality law. Beijing's top-lawmaking body set the rules for implementing the nationality law in Hong Kong back in 1996 - the year before Hong Kong's handover by Britain.

Ho Ching to retire as Temasek CEO in October 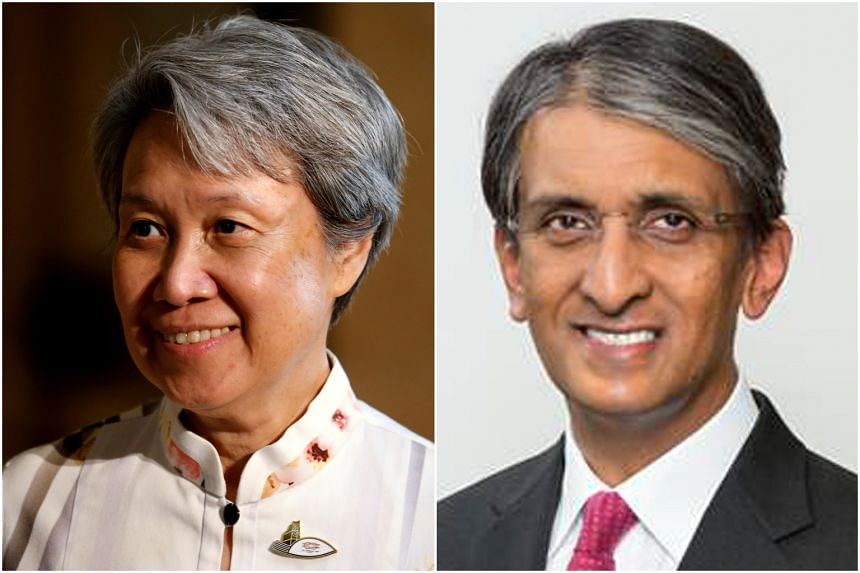 Temasek Holdings chief executive Ho Ching will retire from the state investment firm on Oct 1. She will be succeeded by Mr Dilhan Pillay, CEO of Temasek International (TI), the commercial arm of Temasek driving its investments, reports Ann Williams.

Ms Ho, who is the wife of Prime Minister Lee Hsien Loong, was appointed CEO of Temasek in 2004. On Tuesday (Feb 9), the chairman of Temasek, Mr Lim Boon Heng, paid tribute to Ms Ho for her leadership roles in Temasek over nearly two decades, saying she will be recognised "for her unwavering commitment to build Temasek as a trusted steward".

Ms Ho, 67, said she was happy to be passing on the baton to Mr Pillay and that she knew he would take Temasek "to the next level". Mr Pillay, 57, a Cambridge-educated lawyer, will retain his position as TI chief.

Ho Ching to retire as CEO: 5 things to know about Temasek's leadership transition

No baby boom in China as birth rate falls 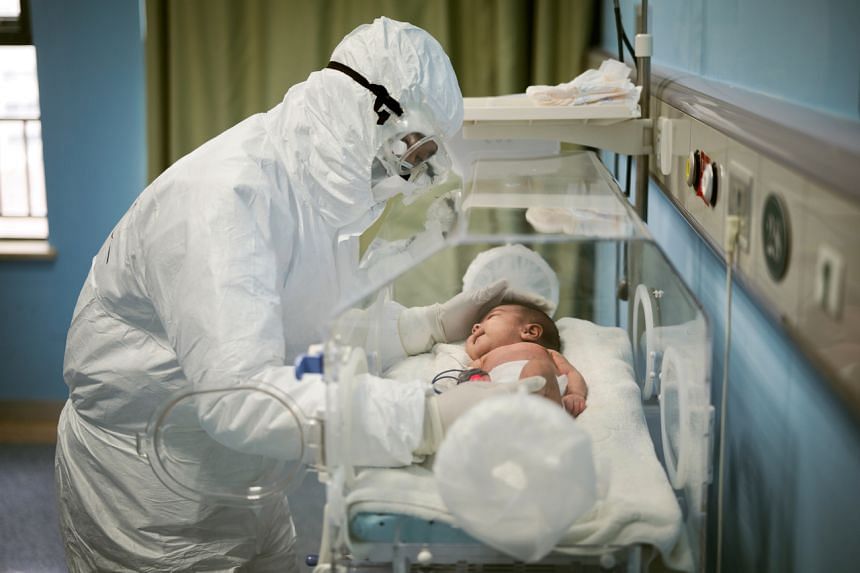 China’s number of registered births in 2020 dropped by nearly a third from the total births reported the year before, in the latest sign that relaxations in the country’s strict family planning policy are failing to spark a baby boom.

After decades of a "one-child policy", Beijing changed the rules in 2016 to allow families to have two children as fears grew about China’s fast-ageing population and shrinking workforce. But figures from the Public Security Ministry released on Monday (Feb 8) showed there were 10.04 million registered births in 2020, which is 15 per cent down from the figure of registered births reported early last year for 2019. In the same month, the official statistics bureau reported a higher figure of 14.65 million babies born in 2019 – more than 30 per cent above the latest birth data reported this week.

Demographic experts have estimated it could take 15 years for the two-child policy to have any noticeable effect on population numbers. Chinese retirees, meanwhile, are expected to number 300 million by 2025. 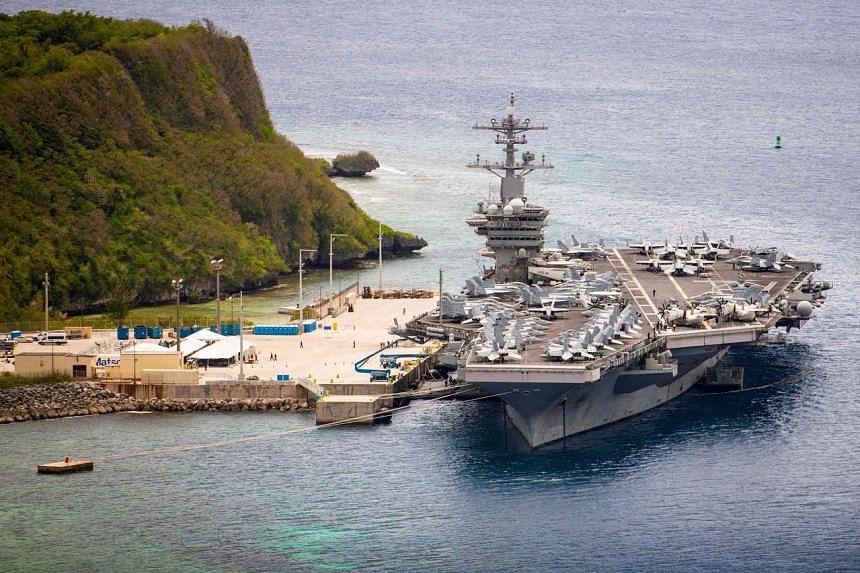 US carriers hold drills in South China Sea: Two US carrier groups conducted joint exercises in the South China Sea on Tuesday (Feb 9), days after a US warship sailed near Chinese-controlled islands in the disputed waters that have emerged as another flashpoint in strained Sino-US relations. The Theodore Roosevelt Carrier Strike Group and the Nimitz Carrier Strike Group “conducted a multitude of exercises aimed at increasing interoperability between assets as well as command and control capabilities”, the US Navy said, marking the first dual carrier operations in the busy waterway since July 2020.

Radicalised Malaysian deported from Singapore: A 33-year-old radicalised Malaysian, Mohd Firdaus Kamal Intdzam, who worked as a cleaner in Singapore, has been arrested and deported to Malaysia for planning to travel to Syria with his Singaporean wife to take up armed violence for terrorist group Islamic State in Iraq and Syria (ISIS). The Internal Security Department (ISD) on Tuesday (Feb 9) said the man's 34-year-old wife, a religious teacher who was radicalised by him and had wanted to go with him, has been placed on a Restriction Order for two years.

That's all for today, thanks for reading.