WASHINGTON (REUTERS) - A drone strike in Kabul last month killed as many as 10 civilians, including seven children, the US military said on Friday (Sept 17), apologising for what it said was a tragic mistake.

The Pentagon had said the Aug 29 strike targeted an Islamic State suicide bomber who posed an imminent threat to US-led troops at the airport as they completed the last stages of their withdrawal from Afghanistan.

Even as reports of civilian casualties emerged, the top US general had described the attack as "righteous".

"At the time of the strike, I was confident that the strike had averted an imminent threat to our forces at the airport," Marine Corps General Frank McKenzie, the head of US Central Command, told reporters.

"Our investigation now concludes that the strike was a tragic mistake."

He said he now believed it unlikely that those killed were members of the local Islamic State affiliate, ISIS-Khorasan, or posed a direct threat to US forces.

In a statement, Defence Secretary Lloyd Austin said the drone strike had killed a Mr Ahmadi who worked for a non-profit called Nutrition and Education International.

"We now know that there was no connection between Mr Ahmadi and ISIS-Khorasan, that his activities on that day were completely harmless and not at all related to the imminent threat we believed we faced," Austin said in the statement.

"We apologise, and we will endeavour to learn from this horrible mistake."

In US drone strike in Afghanistan, evidence suggests no ISIS bomb

Reports had emerged almost immediately that the drone strike had killed civilians including children. A spokesman for Afghanistan's new Taliban rulers, Zabihullah Mujahid, had said at the time that the attack had killed seven people.

Drone strike: In Kabul, US apology for killing civilians 'not enough'

The strike came three days after an Islamic State suicide bomber killed 13 US troops and scores of Afghan civilians who had crowded outside the airport, desperate to secure seats on evacuation flights, after US-trained Afghan forces melted away and the Taliban swept to power in the capital.

Following the suicide bombing at the airport, the US military launched a drone strike in eastern Afghanistan that it said killed two Islamic State militants, and the Pentagon had warned that it expected more attacks on the airport including from rockets and vehicle-borne explosive devices. 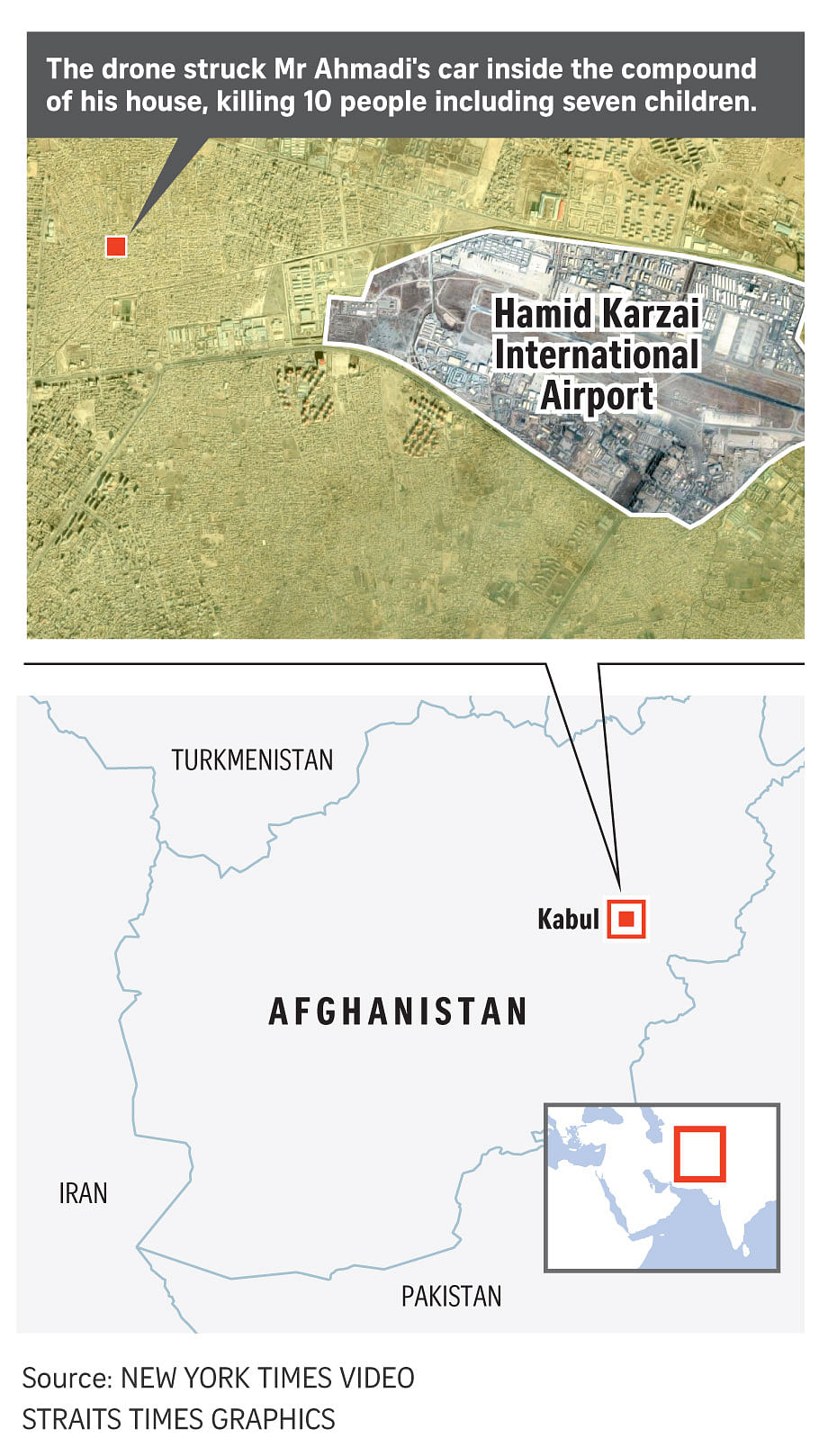 Divisions and rivalries within ruling Taliban surfacing in Afghanistan

The young Talibs - a challenge for Afghanistan's new rulers

Taliban vs ISIS-K: Why the contest is so dangerous