WASHINGTON (REUTERS, BLOOMBERG) - US President Donald Trump was upbeat on Thursday (Jan 31) about high-level trade talks with Chinese officials in Washington but said no final deal would be made until he meets Chinese President Xi Jinping.

The United States and China opened a pivotal round of talks on Wednesday aimed at bridging deep differences over China’s intellectual property and technology transfer practices and easing a months-long tariff war.

Trump was scheduled to meet with Chinese Vice-Premier Liu He at the White House as talks conclude on Thursday.

“China’s top trade negotiators are in the US meeting with our representatives. Meetings are going well with good intent and spirit on both sides. China does not want an increase in Tariffs and feels they will do much better if they make a deal. They are correct,” Trump said on Twitter.

“No final deal will be made until my friend President Xi, and I, meet in the near future to discuss and agree on some of the long standing and more difficult points. Very comprehensive transaction.”

The Chinese delegation has proposed to the US that Mr Trump meet Mr Xi in the tropical Chinese city of Hainan after his planned summit with North Korean leader Kim Jong Un in late February, the Wall Street Journal reported, citing people briefed on the matter.

The White House did not immediately comment on the report.

Trump said in his tweets negotiators are working to complete a deal, leaving “NOTHING unresolved on the table” before the March 1 deadline agreed by both sides.

“All of the many problems are being discussed and will be hopefully resolved. Tariffs on China increase to 25% on March 1st, so all working hard to complete by that date!”

Cabinet-level officials, led by Liu, who is Xi’s top economic adviser, and US Trade Representative Robert Lighthizer, met in the Eisenhower Executive Office Building next to the White House on Wednesday with only a month left to reach a deal.

Details of the closed-door talks were scant with official statements seen as unlikely before they conclude on Thursday. A spokeswoman for the trade representative’s office declined comment on the discussions.

While a breakthrough deal is seen as unlikely from this round of negotiations, the White House has said a concluding statement will be released on the progress they’ve made on core issues such as Chinese technology transfers and intellectual property practices, market access and Beijing’s pledge to buy more American goods.

Stocks in Asia and Europe advanced on Thursday, following gains in the US on Wednesday. The S&P 500 reached the highest since Dec 6, after the Federal Reserve said it will be “patient” on any future interest-rate moves.

“The concern is a longer drawn-out set of negotiations, which could result in sapping business. Uncertainty is not the friend of business,” Powell said in response to a question during a press conference.

According to a person familiar with the meeting agenda, Lighthizer and Treasury Secretary Steven Mnuchin were scheduled to give opening remarks at the talks Wednesday morning. Officials also met Tuesday to hammer out preparatory work for the negotiations, but there was no report of progress on structural issues, people familiar with the talks said.

Unless a deal is reached by March 1, the US has threatened to raise tariffs on US$200 billion worth of Chinese products to 25 per cent from 10 per cent. 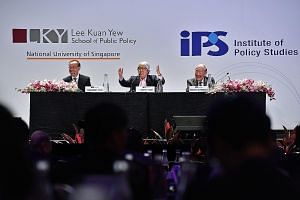 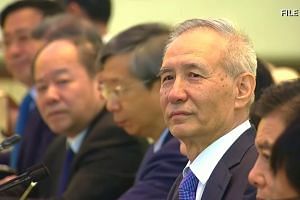 Administration officials and other people familiar with the state of play say the two sides remain far apart on key issues, with the US side still engaged in an internal debate over how to proceed and ill-prepared for this week’s meetings.

The last round of US-China talks led by Deputy USTR Jeffrey Gerrish in Beijing earlier this month, ended with no progress on IP practices and technology transfer issues, which are the US’s main concerns in the trade war that has roiled financial markets for months.

China did offer at that meeting to go on a six-year buying spree to ramp up imports from the US, which was met with scepticism from The Trump administration.

In a sign that Beijing is serious about addressing US complaints, Chinese lawmakers this week completed a second review of a new law that is aimed at protecting the IP of foreign investors and banning forced technology transfers.  But US business groups said the draft law will not address the real regulatory issues of concern where forced technology transfer is occurring in the Chinese system.

Another longstanding concern with Chinese laws is the breadth and scope of the national security review, the US Chamber of Commerce, AmCham China and AmCham Shanghai said in comments submitted on the bill.

Trump this month said that China’s slumping economy gave the country no choice but to make serious commitments.

“China posts slowest economic numbers since 1990 due to US trade tensions and new policies,” Trump said Jan 21. “Makes so much sense for China to finally do a Real Deal, and stop playing around!”

But the impact of Trump’s trade policy is also being felt by the US. The non-partisan Congressional Budget Office on Monday said it expected that Trump’s tariffs on steel, aluminum, and Chinese goods would cut the US’s real gross domestic product by at least 0.1 per cent on average through 2029. It also predicted overall US GDP growth would slow to 2.3 per cent this year, 1.7 per cent in 2020, and 1.6 per cent in 2021.