WASHINGTON (BLOOMBERG) - The United States and China will hold a pivotal round of talks this week in an attempt to end their trade war. Interpreting if they had made real progress toward a truce won't be an easy matter.

US President Donald Trump and Chinese President Xi Jinping gave their officials until March 1 to work out a deal on "structural changes" to China's economic model.

If they fail, Mr Trump has promised to raise the tariff rate on US$200 billion (S$270 billion) in Chinese imports to 25 per cent from 10 per cent. The collapse of talks would dash hopes of a lasting truce that would remove one of the darkest clouds hanging over the world economy.

Vice-Premier Liu He will meet US Trade Representative Robert Lighthizer in Washington for two days of talks starting on Wednesday (Jan 30). They will build on discussions that have focused on everything from how many American soybeans China buys to the subsidies Beijing gives its state-owned companies.

While the announcement of a final deal is not expected this week, there is a good chance negotiators will come up with a package of proposals to present to both presidents, said Mr William Reinsch, a former Commerce official during the Clinton administration.

"Everybody's divided, because President Trump is so unpredictable," said Mr Reinsch, now a senior adviser at the Centre For Strategic and International Studies based in Washington. "It's probably 50-50 whether he'll accept it."

Here's a range of scenarios to consider - and clues to watch for - as the talks begin:

Even if Mr Lighthizer and Mr Liu reach an agreement this week, it will probably take time to brief the two presidents, then for Mr Trump and Mr Xi to decide if they are satisfied.

Don't expect much in the way of explanation from either Mr Liu or Mr Lighthizer, who rarely say much to the packs of reporters staking out the talks.

That leaves vague official statements as the best way to determine how much progress was made. Following the last meetings in Beijing, the two sides put out separate statements. 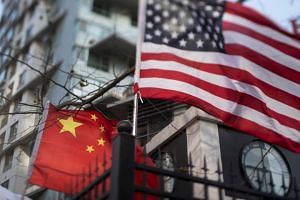 The US acknowledged progress on issues such as purchases of US products, but added that any deal would need to include "ongoing verification and effective enforcement".

The Chinese has called the talks "extensive, in-depth and detailed".

The broad outlines of a deal are clear at this point. The Chinese will probably agree to buy more American goods, Beijing may promise to stop stealing intellectual property, and the two sides could develop a workable enforcement system to give the deal teeth.

If officials indicate that they plan to hold another round of talks, that would be a sign that the two sides still think a deal can be done before March 1, even if they are not willing to lay out the whole package.

Another possible outcome if the sides agree to meet again, would be for an extension to the tariff truce.

"The easier things for trade negotiators to announce are procedural things," said Prof Jennifer Hillman, a law professor and trade expert at Georgetown University in Washington. "We're going to meet, we're going to talk. If you can't agree on that, you're in bad shape."

In the best-case scenario, the Chinese come to the table with an offer on economic reforms that is more ambitious than expected. That convinces Mr Lighthizer, a China hawk who has said progress with Beijing will take years, that the Chinese are serious about opening up their state-driven model.

That could be enough for Mr Trump or the White House to hail a deal in principle. Markets would rally, shrugging off months of anxiety about a global trade war.

The problem is the Chinese would need a game-changing offer that shows they are serious about loosening the grip of the state on the world’s second-biggest economy.

"The US wants broad changes to China's corporate governance," said Mr David Loevinger, a former Treasury official who is now a managing director at TCW Group. "It's just very hard to do."

If there's no statement of any kind at the conclusion of talks, look out. A fiery Trump tweet may not be far behind, expressing frustration with the lack of progress.

Mr Trump has walked away before. In May, the two countries issued a joint statement in which China agreed to increase of farm goods and energy exports, and it recognised the importance of intellectual property protections. Within days, the president rejected the framework and sent his negotiators back to the drawing board.

A similar reaction by Mr Trump could put the talks on ice for a long time. Much will depend on how hawks in his administration – including Mr Lighthizer, White House adviser Peter Navarro and Commerce Secretary Wilbur Ross - react to China’s offers.

"What worries me is that over the course of the last year the balance of power has shifted towards the China hawks," said Mr Loevinger. "It's still not clear what will take the US to say yes."

If they don't, it could be a long time before the next campaign of shuttle diplomacy between Washington and Beijing.