WASHINGTON (BLOOMBERG) - The US is losing its advantage to China and other countries when it comes to innovations related to artificial intelligence, blockchain and other key technology, according to an analysis of patent filings over the past decade.

While American inventors still command the largest portion of the nation's patents, the percentage is dropping in the high-tech fields, according to a year-long study conducted by the law firm Kilpatrick Townsend & Stockton LLP and researchers at GreyB Services Pte.

That could lessen any home-field advantage in areas like wireless phones, Internet of things and artificial intelligence, the study's authors said.

US applicants filed 66 per cent of patents for artificial intelligence in 2018, down from 78 per cent in 2007.

The percentage of filings for so-called Internet of things fell to 59 per cent last year, from 66 per cent a decade ago, while financial technology dropped to less than 75 per cent from 82 per cent.

"We are filing more; they're just filing more, more quickly," said Dr Kate Gaudry, a patent lawyer with Kilpatrick Townsend in Washington and one of the study authors.

"In a lot of high tech areas and in software, we're seeing a decrease of contributions." 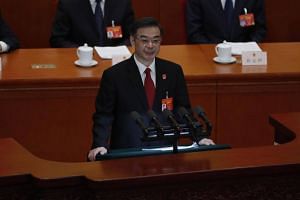 The report comes as Beijing's top trade negotiator, Mr Liu He, is in the US for high-stakes trade talks and as President Donald Trump raised tariffs on Chinese goods early on Friday (May 10).

The administration contends that China is stealing American know-how, and the trade talks centre in part on claims China has reneged on pledges to end a policy that requires US companies to reveal proprietary technologies and other intellectual property if they want to do business in the Asian nation.

The Chinese government, however, has spent billions to fund research in key technologies and the increase in patent filings indicates Chinese companies are developing their own technology as well.

Dr Robert Atkinson, president of the Information Technology and Innovation Foundation, a Washington-based non-profit that says it is devoted to policies that accelerate innovation, said what the US needs is a coherent innovation policy.

The report, he said, is "a canary in a coal mine, telling us a pretty important message that we're resting on our laurels".

The study looked at filings with the US Patent and Trademark Office between 2007 and 2018.

Rather than relying on the agency's traditional classification numbering system, the researchers considered wording within the patents to see what industries were related.

The number of patents sought and received has risen over the past decade in each of the 12 fields studied.

The biggest drop-off was in the area of Internet of things, which encompasses Internet-connected products that send and receive data, like smart home appliances, traffic devices and energy grids.

At the same time, the percentage of Internet of things applications that originated with American companies dropped to less than 60 per cent, with the biggest growth from companies in South Korea and China.

South Korea's Samsung Electronics Co, one of the top recipients of those patents, is building model homes in Seoul to show off the possibilities of a completely connected homes, though Qualcomm Corp and International Business Machines Corp are among the top-five patent holders in the field.

The US National Institute of Standards and Technology, which overseas policies related to the licensing of government-funded research, last month laid out what it called "the critical need to modernise the US system of technology transfer and innovation" and acknowledged that "the US is continuing to lose ground to competition".

In many categories, large American companies are the biggest holders of patents - Alphabet Inc's Google is prominent in artificial intelligence, Boston Scientific Co is a leader in medical device-related patents and General Electric Co was tops in both green technology and bioinformatics.

While Bank of America Corp has the most patents related to blockchain, the ledger technology used for verifying and recording transactions, Japanese and Chinese companies have been increasing their percentage.

IBM, the developer of the Watson computer, was the top overall recipient of patents in artificial intelligence, but smaller companies are dominant within sub-groups, like Florida-based Magic Leap Inc in augmented reality and Texas-based CognitiveScale for augmented intelligence in the financial areas.

"They have a lot more employees, so they should have more patents coming out," Dr Gaudry said of the big companies.

Some of the growth in patenting particularly from Chinese firms can be related to globalisation and the maturation of companies that want to operate in the US, she said.

While China's network-gear company Huawei Technologies Co and display-screen maker BOE Technology Group weren't named in the report, both ranked among the top 20 recipients of US patents last year.

Patents give their owners the exclusive right to use an invention. Particularly in the tech space, they also are used as a sort of bulwark to deter competitors from filing suit for fear of starting a tit-for-tat war.

"They want to be here," Dr Gaudry said. "Some companies who want to come to the US even buy patents because they see it as necessary to operate."

As the foreign companies seek more US patents in high-tech fields, the percentage assigned to American companies will continue to drop, she said.

"What is the impact on our competitiveness?" asked engineering professor Sridhar Kota of the University of Michigan. "Are we creating national wealth in the industries of the future? That is questionable, particularly when it comes to hardware." 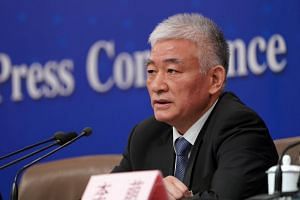 Prof Kota, who also is executive director of MForesight: Alliance for Manufacturing Foresight, which advocates for policies to increase manufacturing in the US, said too many American companies that originally went to Asia for manufacturing also are turning there for research, engineering and design.

He pointed to things like cellular telephones, lithium batteries and flat panel displays.

Dr Gaudry said it's likely that an analysis of the patent filings in China would see an increased presence of US companies there as well because of globalisation, though Chinese firms would be tops in their home country.

In the European Patent Office, American companies make up 25 per cent of the total, according to that agency's annual report.

Even there, though, the Chinese companies are seeking more patent protection.

"We're declining and the patent data is telling us that's what's going on," Dr Atkinson said. "That, to me, is a problem."