EL PASO, United States (WASHINGTON POST) - The recent gun violence at Walmart stores, with more than a dozen people killed by a gunman in El Paso, Texas, on Saturday (Aug 3) and two killed in Mississippi days before, has drawn attention to the company's complicated history with gun sales.

Mr Sam Walton, the founder of Walmart, was big on guns. An avid hunter, he opened his flagship store in Bentonville, Arkansas, specifically so he could be close to his in-laws' quail-hunting ranch. Remington shotguns were his favourite, as Field & Stream once noted. He was such a devout fan that the gunmaker issued a commemorative model in his name after he died.

But Walmart's relationship with firearm sales has been fickle in the 26 years since it made the landmark decision to stop carrying handguns. As economic and political winds shifted, so did Walmart's gun policies, though the general trend has been towards more restrictions.

In July, Walmart announced that it would stop selling guns in New Mexico after a new state law went into effect.

The law requires background checks for almost all private gun sales excluding antiques and those to relatives. And it also allows federally licensed gun sellers, such as Walmart, to provide background checks.

Walmart stopped sales because it could not furnish such checks for private sales. A situation in which private individuals might come into a Walmart with their own guns and request a background check could create a confusing or dangerous situation, the Associated Press reported.

Last year, Walmart said it would raise the minimum age to buy a firearm or ammunition from 18 to 21 and remove products resembling assault-style rifles, such as airsoft guns and toys, from its inventory, as The Washington Post reported. The company said in a statement that it made the decision "in the light of recent events" - an inescapable reference to the recent mass shooting at a Parkland, Florida, high school that left 17 people dead. 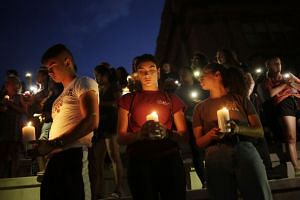 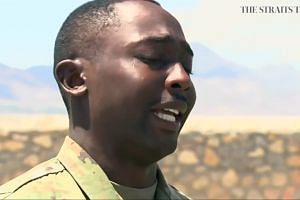 It was an unusual acknowledgement from Walmart, which has often attributed its changing positions on gun sales to market factors, even when other issues are present.

Walmart was late to the game in 1993 when it decided to stop selling handguns. Other major retailers such as Sears and J.C. Penney had pulled firearms from their shelves years earlier, as the New York Times reported at the time.

Though the stores continued to carry shotguns and rifles, some worried that the move would erode the legacy of Mr Walton, who died the previous year.

"It was something Sam liked, a reflection of him, and they will look at it as taking something away from the tradition of Walmart," Mr Walter Loeb, president of Loeb Associates, a retail consulting firm, told the Times.

Another major move came in 2006, when Walmart announced that it would stop selling firearms entirely at all but a third of its US stores, which then numbered around 3,000. Again, the company said the decision was market-driven, citing "diminished customer relevancy" in the suburban and urban areas where Walmart was expanding. And again, hunting and firearms enthusiasts voiced concerns that the company was drifting away from its outdoorsy roots, as the Associated Press noted.

Just two years later, Walmart made it harder to buy firearms at the stores that were still selling them. The company signed on to a plan led by then-New York Mayor Michael Bloomberg that created a computerised log of purchases, introduced stringent inventory controls and set up systems to film every firearm sale. The Bloomberg-backed news website the Trace, which covers guns in America, says the move made Walmart's policies tougher than the federal government's background checks.

But when the economic recession took hold in 2009, Walmart's sales slumped. And after a five-year hiatus at most of its locations, the company started filling up shelves with shotguns, rifles and ammunition, as the Wall Street Journal reported in 2011.

It was part of a larger push to bring back "heritage categories" such as sewing and outdoors equipment after Walmart's attempts to carry more "upscale" products backfired, according to the Journal. Gun sales were also on the rise at that time, driven in part by fears of regulation by a Democratic administration. Half of Walmart's nearly 4,000 stores, including some in urban areas, started selling firearms again.

In 2012, after the mass shooting in Newtown, Connecticut, Walmart resisted calls to stop selling assault-style rifles such as the Bushmaster AR-15, which gunman Adam Lanza used to massacre children and teachers at Sandy Hook Elementary School. But the company did remove a listing on its website for the weapon out of sensitivity for the victims, a spokesman told CNN at the time.

Meanwhile, in the weeks after the attack, semi-automatic rifles sold out at Walmart locations around the country. The company even had to ration ammunition sales after president Barack Obama's re-election.

Three years and numerous mass shootings later, however, Walmart did stop selling the AR-15 and similar weapons. Reuters reported that the announcement came on the same day that a television journalist and her videographer were shot and killed during a live broadcast in Virginia. Walmart said its decision was not related to that incident nor any other high-profile shooting.

"This is done solely on what customer demand was," company spokesman Kory Lundberg told Reuters. "We are instead focusing on hunting and sportsman firearms."

Some retail experts were sceptical, among them retail consultant Burt Flickinger, who told Reuters that the decision to drop assault-style rifles reflected a leadership that was paying closer attention to social issues. "It shows that the Walmart of this decade is quite different from the prior four decades," Mr Flickinger said at the time.

Walmart chief executive Doug McMillon, who has headed the company since 2014, has stressed that he wants to cater to hunting and sports shooting, the things that Mr Walton enjoyed.

"Our focus as it relates to firearms should be hunters and people who shoot sporting clays and things like that," he told CNN in 2015. "We believe in serving those customers, we have for a long time, and we believe we should continue to."

That message came up again last year. In February last year, two weeks after the mass shooting in Parkland, Walmart said in a statement that it had "taken an opportunity to review our policy on firearm sales".

"Our heritage as a company has always been in serving sportsmen and hunters, and we will continue to do so in a responsible way," the statement said.

It is unclear whether the Walmart in El Paso sold firearms at the time of the shooting, or where the suspect obtained his weapon.