SPH Brightcove Video
Two Afghans recount their perilous escape to the US and reflect on the country they left behind as they begin a new life. 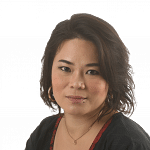 It has been two weeks since Mr Ali Adili arrived in the American state of Virginia, but not a day goes by that he does not think about his family's harrowing escape from Afghanistan.

Their first attempt was on Aug 19, four days after Taliban fighters marched into the capital Kabul. Carrying just a backpack, the 36-year-old Kabul-based researcher rushed to the Hamid Karzai International Airport with his wife and five-year-old son, hoping to board an evacuation flight.

He met hostile Taliban guards who briefly held him at gunpoint amid the mayhem at the airport.

"We had almost made our way to the gate and were just staying close to the wall, so we were not overwhelmed by the crowd, and all of a sudden, the Taliban started pushing back the crowds and beating them," Mr Ali told The Straits Times in a Zoom interview.

"One of them beat one of my relatives and I protested that he was old and sick. The Taliban (guard) pointed a gun at me. My kid saw that... and he became very scared."

To avoid further confrontation, they left the airport. "When we returned home, my son burst into tears. That was a very painful experience," said Mr Ali.

The family eventually made it out of Afghanistan on Aug 25 on board a US military flight.

Barely a day after they left Kabul, news emerged that terrorists had detonated a bomb on the same path they had travelled outside the airport. Dozens of Afghans and 13 US soldiers were killed. The Islamic State in Iraq and Syria, whose local affiliate fiercely opposes the Taliban, was behind the attacks.

"I imagined the crowds we saw outside the gate and inside the airport... the kind of desperation those people had," said Mr Ali. "We tried to contact our friends who might have tried to get into the airport. This is the first time I have experienced this much desperation, hopelessness and frustration."

Years before President Joe Biden announced in April the complete withdrawal of US troops from Afghanistan by today, Mr Ali and his wife had already started mapping out their escape plan in case the civilian government collapsed.

They were among the Afghans at highest risk of reprisal under Taliban rule: He was the country director of a research organisation named Afghanistan Analysts Network, which was sponsored by European governments, while she was a staff member at the US Embassy.

Over the past decade, Mr Ali has had a few brushes with death.

On May 31, 2017, he and his wife were on their way to work in a taxi when a truck bomb exploded near them in a crowded intersection near the German Embassy in Kabul. The explosion killed 150 people. "I still remember how loud the explosion was and how violently it shook the taxi," he said.

Late last year, there was a spate of assassinations and bombings that targeted human rights activists, journalists and intellectuals.

"Once, I was returning home and a bomb exploded two vehicles ahead of mine on a congested road. We had experienced all these horrors and the plan to start the US Special Immigrant Visa application process was already there," he said.

"They threatened to attach a sticky bomb to my car in 2019 if I did not quit journalism. They accused us of being American spies. Dozens of my friends in the media received the same threats," he told ST via Zoom.

Last year, 11 journalists were killed in targeted attacks and 132 journalists and media workers received threats and faced violence, according to the Afghan Journalists Safety Committee.

Said Mr Jawid: "In 2007, they murdered my brother-in-law in front of his wife and baby daughter when they were travelling to my home town in Ghazni province. They asked him if he was Jawid. He was just a labourer. For this reason, I haven't dared to go home for 15 years."

In a frenzied two-week airlift operation out of Kabul by the US and its allies after the Taliban's takeover of Afghanistan, more than 123,000 foreign nationals and Afghans were evacuated. It was one of the largest airlifts in history.

The US alone evacuated more than 65,000 Afghans, according to the Pentagon and the Department of Homeland Security on Sept 1.

Mr Jawid spent two nights at the airport with his wife and two daughters, aged 18 months and five years, before they boarded a US military plane. They slept in an open space, with no shelter over their heads and no access to food or water.

"Every time, they asked me to take them home. There were a lot of people there and the toilet was dirty," he said.

On Aug 23, they were packed into a military plane headed for Abu Dhabi in the United Arab Emirates.

"There were no seats and no seat belts. About 850 people crammed inside that plane. I held my two daughters close to my chest and grabbed my wife close to me," Mr Jawid recalled.

"When the plane was taking off from the Kabul airport, most of the people tumbled to one side of the plane because they had no seat belts on."

Mr Ali and his family, who were also evacuated on a fully loaded military cargo plane, managed to secure the few seats on a bench at the side of the plane because they were among the first to board.

"I am one of the lucky people who were able to leave Afghanistan. But of course, it is still a hard situation for me and my kids," said Mr Jawid.

The two families are among some 45,000 evacuated Afghans who are housed in US military bases across several states. Thousands more are in overseas transit sites.

"My son did not eat anything for a few days. We were really worried... He is now slowly getting used to it and we try to go out and mingle with some other families so he can see other children and play with them," said Mr Ali, who declined to disclose which military base he is in.

At the Fort Bliss site in Texas, Mr Jawid said each tent houses at least 10 families, some of whom have five to six children. They get three meals a day and basic amenities like electricity and Internet access.

"There are thousands of people living in this camp... Inside the tents, insects would crawl in at night and my children can't sleep. They have been asking me to take them home," he said.

At this point, Mr Jawid paused the interview and turned his mobile phone around to give ST a virtual look at the camp.

A handful of children were kicking a football in an open space, lined on both sides by huge white tents. There were a dozen of these tents, each with a glass door.

Inside, individual "rooms" - each about the size of two queen-size mattresses - were separated by black curtains, with a narrow walkway in between them.

When Mr Jawid entered his room at the far end of the tent, his eldest daughter was watching a cartoon show on an iPad. "Will you say hi?" he asked her lovingly, before carrying her to face the camera.

More On This Topic
9/11 attacks sparked 20-year war and left deep rifts
'I never thought someone would want to kill me': S'porean who survived 9/11 attacks
'No words to describe that fireball': US journalist's 9/11 coverage brought plaudits tinged with guilt

It could take weeks before Mr Jawid and Mr Ali hear about the outcome of their visa applications.

Mr Ali and his wife had applied for the Special Immigrant Visa (SIV), intended for Afghans who worked with American organisations.

This will give them resettlement benefits such as assistance in finding a job and school enrolment for their children.

Mr Jawid's visa is being processed under the Priority 2 category of the US Refugee Admissions Programme meant for those who had worked for the US government, but not long enough to be eligible for the SIV.

Mr Ali and his wife plan to further their studies in a university. Mr Jawid wants to spend time with his brother who lives in California and, perhaps, look for opportunities in the media industry.

Like the tens of thousands of civilians who have fled Afghanistan, the two men are relieved to have made it to safety. But they are also gripped by guilt and sorrow thinking about those they left behind.

Throughout the interviews, they still refer to Afghanistan as home.

"I do not usually have a soft heart. This is the first time I have cried so much in my life. That is the only thing that I do when I am alone," said Mr Ali, who has ignored phone messages from his mother saying she wants to speak to him.

"I try to avoid talking to my family members because I feel a sense of guilt. How could I talk to them when I am here in relative safety and they are still there with no prospect for stability and peace in the country?"