LONDON (BLOOMBERG) - Parliament holds its latest set of votes on Theresa May's Brexit strategy on Thursday (Feb 14). Much of the heat has been taken out of the day by the Prime Minister's announcement that there will be another vote in two weeks, on Feb 27.

But MPs aren't going to let it pass without trying to express an opinion.

Here's a guide to the motion, and the amendments, that we know about so far.

When will they vote?

This is supposed to be the simple part, but it's turning out not to be. For the previous debate, on Jan 29, May proposed what's known as a "neutral motion" - one that didn't express a view. This one "welcomes" her statement this week and goes on to say that Parliament "reiterates its support for the approach to leaving the EU expressed by this House on Jan 29".

That has upset some Brexit-backing Tories, who say that, as a result of an amendment that passed that day, it implies they rejected a no-deal Brexit. They are discussing whether to vote against it.

The most interesting amendment is the one that isn't there. Labour's Yvette Cooper, who is leading a cross-party effort to force a delay to Brexit if there isn't a deal, says she'll hold fire until Feb 27, at which point she'll seek to take no-deal off the table if there isn't agreement by March 13. 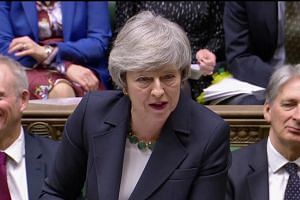 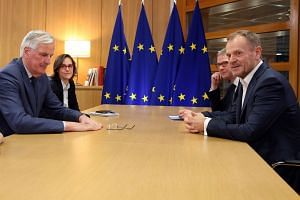 Campaign for second Brexit vote goes down to the wire

Her attempt last month was fairly comfortably defeated, but she's picked up an important ally this time, the Tory Caroline Spelman, who is a reluctant rebel. The question is how many Tories Spelman brings with her, and whether they include any ministers.

Labour have said they'll support the move, though last time more than 20 on their side either voted against it or abstained.

Labour leader Jeremy Corbyn has proposed an amendment which would force May to give Parliament another vote by Feb 27 if she hasn't got her deal through.

Though she has already promised to do this, Labour argues it would put the commitment in writing rather than relying on the prime minister's word. It is, at the very least, an indication of the low level of trust in cross-party Brexit talks.

This proposal is an attempt to force MPs to say what type of Brexit they favour, as opposed to those they don't. Backed by former Chancellor of the Exchequer Ken Clarke, the amendment would give MPs a secret ballot on preferred Brexit options before they vote on May's deal. It doesn't have a great chance of passing.

A Scottish National Party amendment demanding Brexit be called off. It has no chance of passing.

Show Us The Economic Briefing

A trouble-making amendment from Tory Anna Soubry, this calls for the government to publish its most recent briefing on the economic impact of Brexit.

Labour's Roger Godsiff and Geraint Davies have put down rival proposals to extend negotiations to allow a referendum on the final Brexit deal. Although a significant number of MPs like this idea, they are split over the best moment to push for it - so neither is likely to pass.

The Welsh Plaid Cymru party is also proposing fresh referendum, to be held once the future relationship with the EU has been negotiated. That would be after Brexit, but while Britain is still in a planned transition period.

The choice would be between the negotiated deal and reverting to EU membership.