PARIS (AFP) - After the death on Thursday (July 11) of severely brain-damaged Frenchman Vincent Lambert, who was taken off life support last week following a nearly six-year legal battle, here is a recap of some similar cases:

After a highly charged battle between the hospital and his parents, 23-month-old Alfie Evans died in April 2018 when doctors in Liverpool, in north-western England, withdrew life support.

He had a degenerative condition that caused irreversible brain damage and, when his condition worsened, doctors recommended in December 2017 the end of life support.

His parents, who had the support of Pope Francis, wanted to take him to a clinic in Rome, but lost a final court appeal just days before he died.

Born in Britain in August 2016 with a rare form of mitochondrial disease that causes progressive muscle weakness, Charlie Gard died one week short of his first birthday after doctors withdrew life support.

His parents had fought a five-month legal battle for him to be taken to the United States for experimental treatment. They lost a series of appeals in British courts and the European Court of Human Rights.

Charlie's case drew broad sympathy, including from US President Donald Trump and Pope Francis, while 350,000 people signed a petition demanding he be allowed to go to the United States.

The British girl was born three months prematurely in 2003 with serious brain, lung and kidney damage, weighing only 0.5kg and measuring 12.7cm. 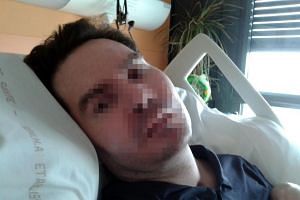 After she required resuscitation several times, a London court in 2004 gave doctors permission to allow her to die if her condition seriously deteriorated again.

In early 2005, her parents lost a bid to have the ruling overturned. But later that year they won on appeal, although health authorities said artificial ventilation could still be denied if it were in Charlotte's best interests.

She survived, but in a quasi-vegetative state.

The Italian woman had been in a coma for 17 years, following a road accident, when she died aged 38 in February 2009 of a heart attack, three days after her feeding was stopped at the request of her parents.

It followed a 10-year legal battle during which the Vatican and most of Italy's political right, including conservative Prime Minister Silvio Berlusconi, had campaigned against her family's wish for a mercy killing.

The parents of this severely brain-damaged Florida woman had fought for years for their daughter to be kept alive before the courts accepted her husband's plea that she be allowed to die.

Ms Schiavo had been in what doctors called a "persistent vegetative state" for 15 years, after heart failure in 1990.

She died aged 41 in March 2005, 13 days after her feeding tube was removed and following a seven-year legal battle that drew in the president at the time, Mr George W. Bush, and an array of religious conservative groups.

The French fireman was left blind, mute and paralysed after a car crash in 2000, even though he remained intellectually sound.

He had waged a passionate campaign for his right to die, pleading with President Jacques Chirac in 2002 for a dispensation from France's criminal ban on mercy killing, which was rejected.

He died in 2003, two days after his mother put an overdose of sedatives into his intravenous drip in hospital, causing him to plunge into a coma. A doctor then took him off an artificial respirator.

A criminal case against Mr Humbert's mother and the doctor was dropped in 2006.