WARSAW (AFP) - A Moroccan accomplice of the suspected mastermind of the deadly 2015 terror attacks in Paris was sentenced to nearly four years in prison on Friday (March 22) by a Polish court for belonging to the Islamic State group.

Mourad T. pleaded not guilty to the charges of being a member of a terror group, but the court in the southern Polish city of Katowice found him guilty, sentencing him to three years and eight months behind bars, the PAP news agency said.

"I swear that I'm not affiliated with any terrorist organisation. I don't have any connections with terrorism, I'm against terrorism," Mourad T., whose surname cannot be released for legal reasons, told the court in closing testimony before the verdict, which is subject to appeal.

The Katowice trial is the first of its kind in Poland, one of the few European Union members which has not experienced an attack by jihadists.

Prosecutors found that "between December 2014 and September 2016 Mourad T. was involved with an armed crime organisation - an international terrorist organisation called Islamic State."

They added that he was an "accomplice" and "scout" of Abdelhamid Abaaoud, who allegedly planned the November 2015 gun and suicide bomb attacks in Paris that killed 130 people. 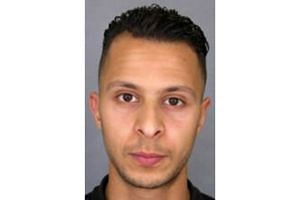 Mourad T. met with Abaaoud in the Turkish city of Edirne in late 2014, along with Sofiane Amghar and Khalid Ben Larbi, two jihadists who were killed in an anti-terror raid in Belgium in 2015, the prosecutors said.

Abaaoud was killed in a dramatic police raid at an apartment in the Paris suburb of Saint-Denis on November 18, 2015, five days after the Paris carnage.

Prosecutors added that they found instructions on how to make explosive devices and mentions of potential targets on a phone belonging to Mourad T.

Poland's domestic ABW counterintelligence agency nabbed him after receiving a tip-off from its EU counterparts.

According to local media, the first intel came from the CIA.