OTTAWA (BLOOMBERG) - The Huawei Technologies Co. chief financial officer whose detention in Canada has sparked a diplomatic standoff has filed a civil lawsuit against Canadian authorities, alleging she was wrongfully detained and searched.

Meng Wanzhou claims that her constitutional rights were breached and is seeking damages for "false imprisonment".

The suit was filed on March 1 in the Supreme Court of British Columbia against the Canadian Border Services Agency, a Royal Canadian Mounted Police officer and the Canadian government.

The notice alleges that the police officer and several border guards detained, searched and interrogated Meng under the guise of a routine customs or immigration case, and used "that opportunity to unlawfully compel her to provide evidence and information".

It alleges they did so without immediately arresting her under the warrant to avoid affording Meng her constitutional rights.

Meng's claim was filed the same day that the Canadian government agreed to begin an extradition process that was sparked by her arrest on Dec 1 at the request of the US, which alleges that Meng lied to banks to trick them into processing transactions for Huawei that potentially violated Iran trade sanctions. China has demanded the release of Meng, who is under house arrest in Vancouver.

Canada's justice department didn't immediately respond to a request for comment on Sunday.

Meng was arrested on the jetway in Vancouver after getting off a Cathay Pacific flight from Hong Kong, while on her way to Mexico.

The claim alleges the Chinese telecom executive was not informed promptly of the reasons for her detention, or given an opportunity to contact a lawyer. 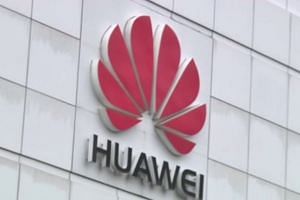 Meng was ordered to surrender all of her electronic devices, including two personal cellphones, an iPad and a personal computer, it alleges. A border officer then "demanded the plaintiff surrender the passwords," and Meng did so, according to the claim.

The officials then "unlawfully opened and viewed the contents of the seized devices in violation of the plaintiff's right to privacy" and also "performed a thorough, invasive and focused search of all of the plaintiff's luggage," the claim alleges.

It says that officials interrogated her over two sessions. Meng was formally arrested about three hours after her initial detention, the claim says.

The police officer "intentionally delayed the arrest for the purpose of allowing the unlawful" detention in Vancouver, which "culminated in the unlawful detention, search and interrogation of the plaintiff by the CBSA Officers under the false pretense of a routine border check of a foreign traveler," it alleges.

The claim alleges Meng's rights under Canada's Charter of Rights and Freedoms were violated. Meng suffered "mental distress, anxiety and loss of liberty," it says. The claim seeks declarations that her Charter rights were infringed, various damages and costs, all unspecified.