SINGAPORE - Facebook announced the extension of its third-party fact-checking service to Singapore on Thursday (May 2), days before the parliamentary debate on proposed fake news legislation is set to take place on Monday.

From Thursday, AFP will review and rate the accuracy of stories in English, Mandarin and Malay on Facebook in Singapore, including photos and videos.

The agency said it will have one fact-checking reporter at its Singapore bureau supported by a regional team in Hong Kong.

Stories can be flagged to AFP by either a Facebook algorithm or the user community. AFP fact-checkers also work to proactively identify false news content.

Stories rated as "false", "mixture" or "false headline" by a fact-checker will be bumped down in users' Facebook news feeds, significantly reducing their distribution. 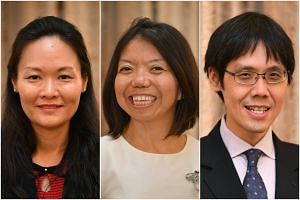 Users who try to share content falling into any of the above three categories will be notified of the fact-checker's rating.

Singapore is the sixth Asia-Pacific country to have the service rolled out, after the Philippines, Indonesia, India, Pakistan and Australia. Facebook started its fact-checking programme in December 2016.

"We believe that with this fact-checking programme, we can help build a more informed community in Singapore and look forward to exploring more opportunities to expand this programme locally," said Ms Anjali Kapoor, Facebook's Asia-Pacific director of news partnerships.

Facebook's announcement comes days before the Protection from Online Falsehoods and Manipulation Bill will be debated in Parliament next Monday.

The trio said in a joint statement that the Bill should set out the key principles under which it will be applied, and require the Government to publicly explain its decisions when exercising its powers.

The NMPs emphasised that they agreed with the "legislative intent behind the Bill" but pointed out that "the Bill as written does not contain such assurances that limit how the Bill's powers can be used".