SINGAPORE - Fans of the Singapore Premier League (SPL) will be able to cheer on their teams 'live' when the league resumes on July 17.

The Football Association of Singapore (FAS) said in a media statement on Wednesday (July 7) that up to 250 fans will be allowed into match venues - but only with proof of a negative test result for those who are not fully vaccinated.

The SPL has been on an extended break since May 23, allowing for clubs' players who were selected for the national team to play its final three World Cup qualifying fixtures in Saudi Arabia from June 4 to 12 .

The local professional league was originally slated to resume on July 2, but this was later moved to July 17 after consultation with clubs.

To ensure all admitted fans' safety and well-being, the SPL will employ a strict set of requirements for entry.

Fans must produce a negative Covid-19 test result, which can be either of the Polymerase Chain Reaction (PCR) test or Antigen Rapid Test (ART).  Either the PCR or ART test result will be valid within 24 hours from the time an individual registers to take it.

Those who have received both doses of either the Pfizer-BioNTech/Comirnaty or Moderna Covid-19 vaccines may be admitted without a negative Covid-19 result. However, vaccinated persons will only be allowed in for matches if their second dose was received at least 14 days prior.

These restrictions are in line with the Ministry of Health guidelines on pre-event testing, noted FAS in its statement.

Fans must also purchase physical tickets at the match venue. Tickets will be sold two hours before the match kicks off, and are available from S$8.00 for adults and S$5.00 for concession, and spectators can enter the stadiums an hour before kick-off.

The FAS said that fans will be subjected to safe-distancing and security measures at matches, and also advised fans to arrive early to avoid overcrowding at the ticketing booths and the entries.

The first match upon the SPL's resumption is a clash between Tanjong Pagar United and the Young Lions at the Jurong East Stadium.

READ NEXT: 9 things to know about Singapore's Covid-19 rules from July 12

S'pore to allow up to 5 to dine in from July 12, gathering size may go up to 8 at end-July 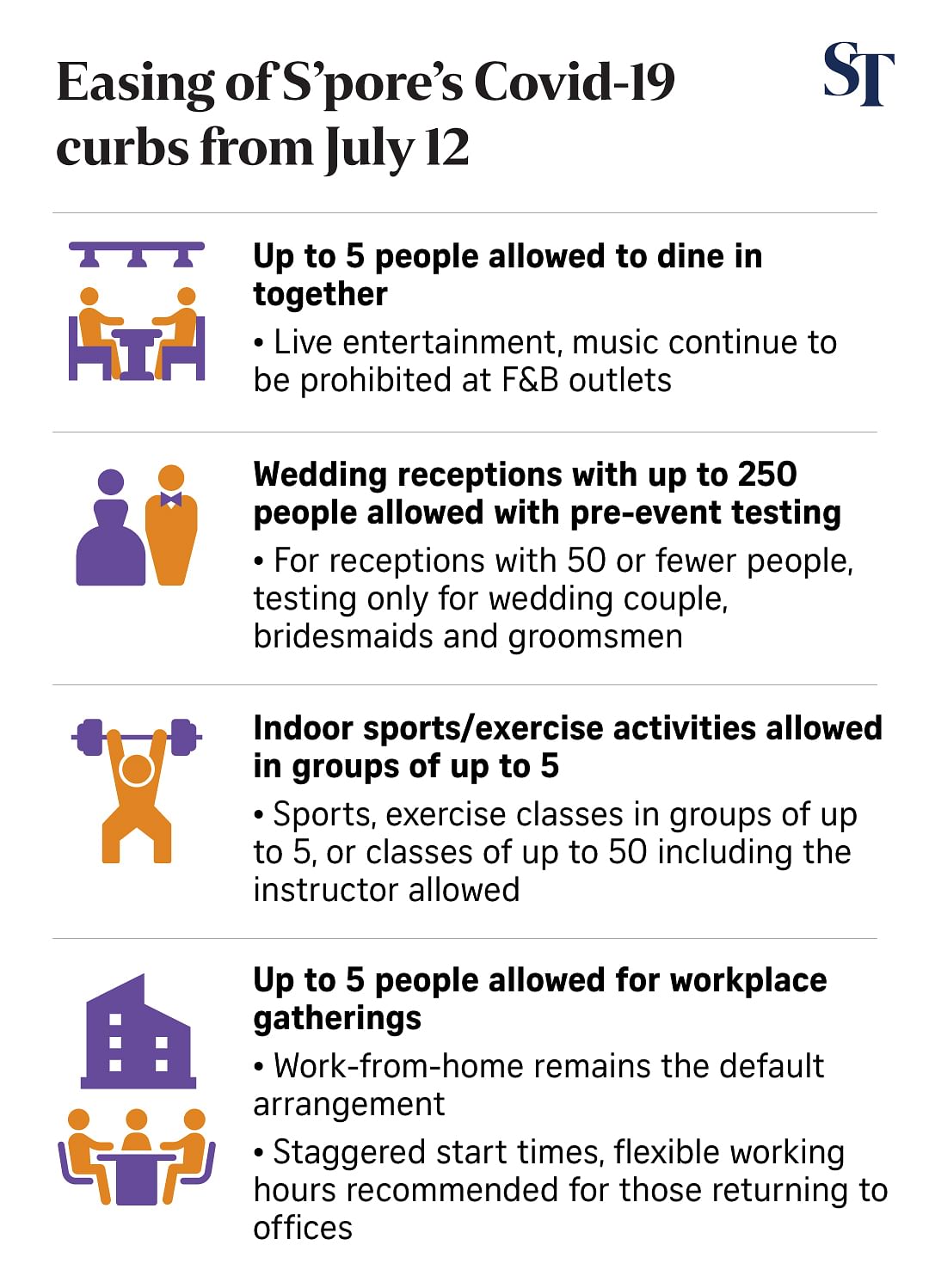