SINGAPORE - Out of the many animals, big and small, that Mr Mohan Ponichamy has cared for, Inuka was by far the most famous and loved by Singaporeans, said the Wildlife Reserves Singapore deputy head keeper at a tribute to the bear.

“For the first time... We didn’t walk into the den this morning to see a cheery Inuka greeting us. The space was empty,” he said.

The private tribute ceremony for Inuka, the first and only polar bear to be born in Singapore, was held on Thursday morning (April 26) at the Frozen Tundra in the Singapore Zoo, where more than 400 zoo staff and guests paid their last respects.

The bear was put down humanely on Wednesday after a medical examination that morning showed little improvement in his failing health.

Inuka, which was 27 and would have been well into his 70s in human years, had been suffering from age-related ailments such as arthritis, dental issues and occasional ear infections for the past five years. A medical examination on April 3 had revealed a significant decline in his health.

On Thursday, the grandstand at the Frozen Tundra was packed with guests, many donning blue or white, a nod to the symbolic colours of Singapore's last polar bear and his enclosure.

Light blue ribbons were also passed around and worn by staff and guests alike, after a box of the ribbons was left at Inuka's enclosure generously by an anonymous zoo visitor on Thursday morning.

In a speech, Mr Mike Barclay, Group CEO of Mandai Park Holdings, thanked Inuka's dedicated keepers for their care of the polar bear.

"Inuka's end came in the most humane way possible, with his keepers, both past and present, in attendance," he said.

The ceremony began the same way, with Inuka's various keepers going forward to put up pictures of the polar bear over the years to mark milestones such as birthdays.

White roses were then placed in front of each framed photograph by representatives from Wildlife Reserves Singapore and SPH Foundation, which has supported Inuka since birth, as well as Inuka's care team, consisting of both his keepers and vets.

In his tribute, Mr Ponichamy spoke of the bear's fun-loving personality. He said Inuka, was extremely "kaypoh", much like his fellow countrymen.

Mr Ponichamy also highlighted the dedication of members of Inuka's veterinary team, who would respond promptly every time he sent them photos or texts asking about its condition even if they were off-duty.

Finally, a minute of applause was held as a tribute to the bear.

The zoo has also set up a memorial wall situated at the Frozen Tundra, where members of the public can pen their tributes and bid farewell to Inuka. The memorial will be up till May 5.

"Inuka will always have a place in our hearts. We can never forget him." 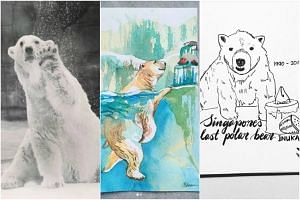 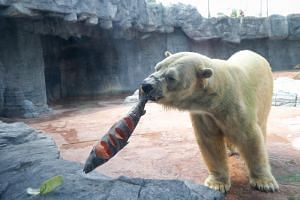 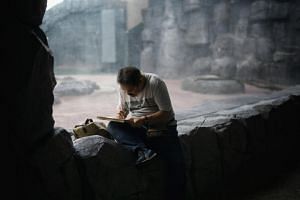 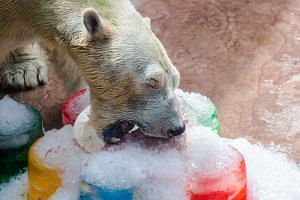 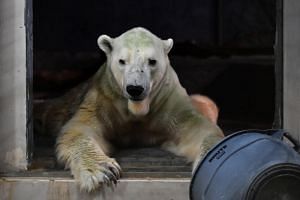 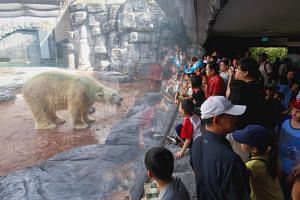 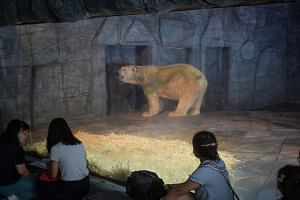 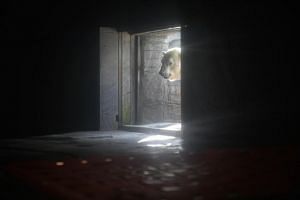 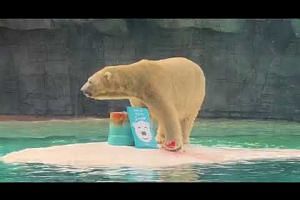