Singapore made the list because of its large current account surplus and net foreign currency purchases of at least US$17 billion (S$23.48 billion) in 2018, equivalent to 4.6 per cent of GDP, according to the Treasury.

Being labelled a currency manipulator doesn't come with immediate penalties, but can rattle financial markets.

Singapore should undertake reforms that will lower its high saving rate and boost low domestic consumption, while striving to ensure that its real exchange rate is in line with economic fundamentals, to help narrow its large and persistent external surpluses, the Treasury said in its report. 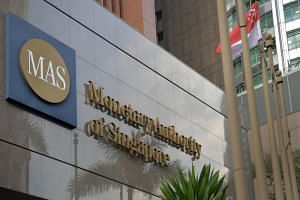 Singapore added to US watch list for currency manipulation

"I doubt it will have a meaningful impact," she said, noting that Singapore is "still very export-oriented" in light of the US advice to boost domestic consumption.

Malaysia's central bank said the country supported free and fair trade and didn't have unfair currency practices, adding that inclusion on the list had no consequences for the country's economy.

"The ringgit exchange rate is market-determined and is not relied upon for exports competitiveness," Bank Negara Malaysia said in a statement.

Countries with a current-account surplus with the US equivalent to 2 per cent of gross domestic product are now eligible for the list, down from 3 per cent.

Other thresholds include persistent intervention in markets for a nation's currency, and a trade surplus of at least US$20 billion.

The Big Story: Singapore on US currency manipulation watch list | The Straits Times (30/05/19)

Countries that meet two of the three criteria are placed on the watch list. China only met one of the criteria, but the Treasury said it's on the list because of its large trade surplus with the US.

The other two Asian countries on the list are Japan and South Korea. India was removed from the watch group, given that it's met only one of the three criteria - a "significant" bilateral surplus with the US - for two straight reports.

Vietnam was at risk of meeting all three of the Treasury's new criteria for the currency manipulator tag.

Singdollar to fall to 1.40 per USD later this year as economy slows: DBS

What is currency manipulation?

Mr Kim Hwan, an economist at NH Investment & Securities in Seoul, said US-China trade tensions may have played a role in the Treasury's move.

The fact that Singapore, Vietnam and Malaysia are added to the list "indicates the US is continuing to pressure China", said Mr Kim.

"These countries are all South-east Asian countries that have close economic correlations with China."

Japan was urged to enact structural reforms that would ease the public debt burden and trade imbalances, and South Korea was called on to limit currency interventions even as it was applauded for fresh disclosures on those actions.

Malaysia was cited for improvement on its external rebalancing.