From Wednesday (May 19), those who register for Covid-19 vaccination will have their second dose scheduled six to eight weeks after the first, instead of three to four weeks later.

The nationwide vaccination roll-out will also be expanded to those aged 40 to 44 from Wednesday, said Health Minister Ong Ye Kung.

In addition, the Pfizer-BioNTech vaccine has been approved for use for the 12 to 15 age group, with the Ministry of Education to provide an update soon.

This change in strategy aims to have 400,000 more people in Singapore given at least one vaccine dose by end-July, and means that virtually all eligible Singapore residents should get at least one dose by early August.

"If all goes smoothly, 4.7 million individuals will be covered by at least one dose of vaccination by August (and) this will substantively cover almost all our eligible population," Mr Ong said on Tuesday at a press conference by the multi-ministry task force tackling Covid-19.

Those who already have vaccination appointments for their second shot will not be affected by the changes, he added.

But people who wish to voluntarily push back their second shot, so that another person can get his first dose, can do so.

Mr Ong stressed that the second dose will still be needed, and given, for maximum protection.

In a Facebook post, Prime Minister Lee Hsien Loong added: “Recently, we are seeing more children being infected with Covid-19. Vaccination remains one of the best ways to keep ourselves safe. We want to protect as many people as possible, and as soon as possible.”

Singapore reported 38 new coronavirus cases on Tuesday, 27 of which were locally transmitted.

Of these, 16 were linked to previous cases while 11 remain unlinked.

As at Monday, the country had administered over 3.4 million vaccine doses. Nearly two million people have received at least one dose, with over 1.4 million having completed the full vaccine regimen.

At present, most countries recommend that the Pfizer-BioNTech vaccine be taken 21 days apart. For its Moderna counterpart, it is 28 days between doses. However, some have since shifted to giving each dose further apart to protect more people.

Singapore’s decision to stretch the gap between the two doses up to eight weeks would maximise vaccine coverage without materially impacting the overall immune response, as long as the second dose is eventually given, Mr Ong said.

Asked about the ideal rate of vaccination before Singapore is ready to reopen its borders and allow more social interaction to take place, Finance Minister Lawrence Wong replied that Singapore’s top priority now is to bring cases down and stabilise the situation.

When this is done, it will be able to decide on progressively relaxing curbs. In the more distant future, it will consider scenarios such as what to do if the virus becomes endemic here, after most Singaporeans have been vaccinated.

“That’s something that we are thinking about, but it’s something down the road... Now, our first priority must be to control the outbreak and bring the cases down, and stabilise the situation.” 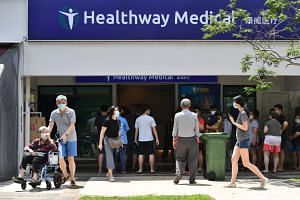 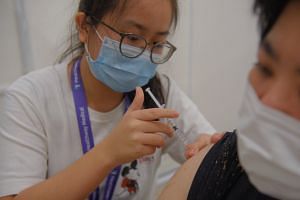 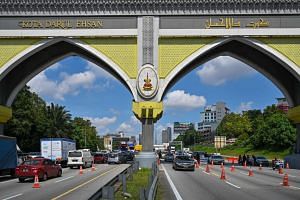 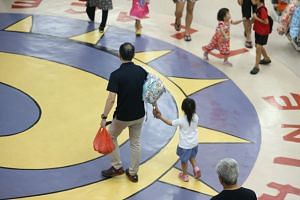