SINGAPORE - Laws being drawn up to counter the scourge of fake news will "not be sufficient" and everyone has to play their part to protect Singapore from the danger it poses, Minister for Communications and Information S. Iswaran said on Monday (March 11).

The most important line of defence is having well-informed netizens who can distinguish between real and fake information online, he added.

"Even as we work towards drafting legislation to curb the spread of deliberate online falsehoods, we know that this alone will not be sufficient. Ultimately, the integrity and reliability of the Internet and social media lie in the hands of netizens," said Mr Iswaran, who is also Minister-in-charge of Cyber Security.

"That is why the importance of strengthening Singapore's media and digital literacy cannot be overemphasised."

The minister was speaking at the inaugural Better Internet Conference, which was held at the Singapore Institute of Technology.

It was organised by the Media Literacy Council and saw the launch of the sixth Better Internet Campaign - a public education campaign to encourage good cyber habits.

Last year, a select committee was convened to study the issue of fake news, and it submitted a 317-page report to Parliament.

The report emphasised the need for a multi-pronged approach and highlighted both legislative and non-legislative measures. The Government is currently working on drafting new laws based on this report.

While digital technology and the Internet have transformed Singapore's media landscape and given citizens the ability to create and share content widely, Mr Iswaran pointed out that it also poses a threat to personal privacy, social cohesion and national security. 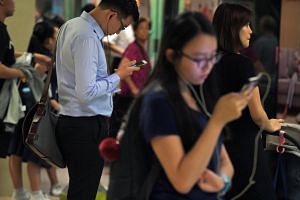 4 in 5 Singaporeans confident in spotting fake news but 90 per cent wrong when put to the test: Survey

Teaching guidelines on how to spot fake news to be launched

With no easy solutions to counter this global problem, a well-informed and discerning public remains the first and most important line of defence, he said, adding that this will require a "whole-of-Singapore" effort involving every level of society.

In his speech, Mr Iswaran provided an update on the National Framework on Information, Media and Cyber Literacy, which was introduced last November.

This framework provides a set of content guidelines to public agencies and other groups running digital literacy programmes and will be launched by June.

"We are now consulting academics and relevant agencies on the development of the framework, with content guidelines that can serve as a reference for all organisations in designing their digital literacy programmes," he said.

He commended the Media Literacy Council for working with businesses, community groups and government agencies to raise public awareness and develop education programmes on digital and media literacy.

One such step, he said, was the Better Internet Conference which was attended by about 300 parents, educators and members of the public. Experts discussed how to combat online falsehoods and other cyber challenges.

The council introduced two new media literacy resources during the conference - the Get Smart With Sherlock fact-checking starter kit, and the News And Media Literacy Toolkit - a collaboration between the council and Common Sense Education, a California-based non-profit organisation which promotes media literacy.

The Get  Smart With Sherlock kit contains lessons to help Singaporeans understand the dangers of falsehoods and how to curb their spread online, while the News And Media Literacy Toolkit, which will be distributed to schools, will help students to hone their media literacy skills.

Touching on the conference, Mr Iswaran added: "It is a good opportunity to learn how we each can play our part in securing our digital commons in which we have an important stake.

"Together, we can and must ensure that we build a safer and more reliable Internet for all."

Both the campaign and conference were themed 1 Click Away, referring to how fake news and phishing links can be easily accessed and spread with just the click of a mouse button.

Speaking on the theme, the council's chairman Mr Lock Wai Han said: “The speed, accessibility and connectedness of information has perpetuated an environment where digital users are not fully conscious, discerning or empathetic of their actions online.

"However, it is heartening to see that Singaporeans are now more invested in efforts to build a safer, smarter, and kinder digital environment."