A parliamentary Select Committee has called for new laws that will grant the Government power to swiftly disrupt the spread of online falsehoods, as part of a broad suite of measures to counter the "live and serious threat" posed by fake news.

The Select Committee on Deliberate Online Falsehoods made 22 recommendations in all, from enacting legislation to urging technology companies to take proactive steps to tackle fake content and creating a national framework to guide public education on falsehoods.

It submitted a 176-page report to Parliament on Wednesday, almost six months after it held public hearings over eight days in March to listen to oral representations from 65 individuals and organisations.

Responding to the committee's report yesterday evening, the Government said it accepts in principle the recommendation for a multi-pronged response to tackle deliberate online falsehoods.

The 10-member committee, chaired by Deputy Speaker of Parliament Charles Chong, was appointed in January to examine the phenomenon of deliberate online falsehoods and study what measures Singapore should take to prevent and combat the problem.

He pointed to how "malicious actors" have been testing the limits of what they can do online.

"They essentially have been looking for different ways to weaponise falsehoods on the Internet. This phenomenon has grown in strength and has resulted in consequences in various parts of the world." Different governments are taking steps to protect their people and their countries against online falsehoods, he said. "They see and appreciate the need for swift action, and Singapore, too, is doing our best to act early."

There is no one silver bullet to tackle this complex problem, the committee said, as it proposed multiple short-and long-term measures, grouped in five broad areas.

Its recommendations are aimed at disrupting online falsehoods, nurturing an informed public, reinforcing social cohesion and trust, promoting fact-checking and dealing with threats to national security and sovereignty.

Yesterday, the Government said it will study the committee's report closely and work with stakeholders to roll out the non-legislative and legislative measures it recommended over the next few months.

On disrupting online falsehoods, the committee said the Government should have the power to limit or block the spread of fake news, and discredit the sources of such falsehoods. Legislation will be needed to disrupt the spread and influence of fake news, it stressed.

In recommending new laws - a move observers had expected - the committee did not delve into specifics. Rather, it set out the principles any new laws should follow. 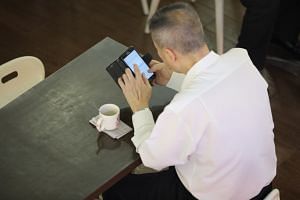 For instance, the measures need to be effective in a matter of hours, to achieve the aim of stopping the falsehoods from going viral. These measures could include take-down powers and blocking access.

The committee also suggested that there be laws to cut off digital advertising revenue to those who spread fake news and impose criminal sanctions in serious cases, such as when falsehoods cause public disorder or interfere in elections.

In a nod to concerns about legislative over-reach and stifling free speech, the committee said the new laws should be calibrated, taking into account the context and circumstances of each case.

"It is also important that they be accompanied by checks and balances," the committee said, adding that adequate safeguards need to be put in place to ensure due process and the proper exercise of power.

To bring about a more informed public, the committee recommended creating a framework to guide efforts to improve media literacy among Singaporeans.

It suggested that media organisations and industry partners consider setting up a fact-checking coalition to swiftly debunk fake news, and gave several ideas on ways to ensure accurate journalism.

Technology companies need to be more transparent and accountable, the committee said. It listed steps they could take, including closing accounts that are designed to amplify online falsehoods and banning the placement of advertisements on sites that spread fake news.

It added that the Government should consider both legislation and other forms of regulation to get technology companies to comply.

"Legislation would be needed particularly for measures to be taken in response to an online falsehood, since Facebook, Google and Twitter have a policy of generally not acting against content on the basis that it is false," it said.

The committee devoted the first half of its report to outlining the serious harm of deliberate online falsehoods, which can and have wreaked havoc. Such falsehoods are a "unique phenomenon of an unprecedented scale", and can damage the social fabric of a nation and violate national sovereignty.

Deliberate online falsehoods are a real and serious problem for the world, and Singapore, it concluded.

Mr Chong said all members agreed unanimously on the report.

On why the committee has called for what he described as "strong measures", Dr Janil pointed to the nature of online falsehoods.

"They are more easily believed, they travel further, they travel faster and they are much harder to dislodge. We need measures that have the same degree of strength to counter the asymmetry that exists between the falsehoods and the truth that is out there."

The fight against deliberate online falsehoods