SINGAPORE - Like the cultural hubs of France, Japan and South Korea, Singapore now has an award and recognition scheme for master craftsmen and artists to keep the island's heritage alive.

Announced on Wednesday (Oct 30), the National Heritage Board (NHB) will be recognising four such master practitioners every year, starting next year.

For instance, a dikir barat master, Nonya beadwork and embroidery craftsman, or a practitioner of Ayurveda medicine, can apply for the $5,000 cash award as long as they have been in the field for at least a decade and fulfil some other criteria,  the most important being efforts to pass on their skills and knowledge.

It is part of the board's efforts to safeguard, promote and elevate Singapore's Intangible Cultural Heritage (ICH) locally and internationally, under its Our SG Heritage Plan.

It follows NHB's submission in March to nominate Singapore's hawker heritage, a form of ICH, with Unesco; as well as the development of Singapore's first ICH inventory which so far features about 70 rituals, skills, crafts, expressions, knowledge and traditions. The list includes pilgrimages to Kusu Island, and Malay weddings.

Ms Sim Ann, Senior Minister of State for Culture, Community and Youth, and Communications and Information, made the announcement on Wednesday as part of her opening address at NHB's ICH symposium at the Asian Civilisations Museum.

Called The Stewards of Singapore's ICH Award, it is open to individuals and groups in the categories of the performing arts; traditional craftsmanship; food heritage; knowledge and practices surrounding nature and the universe; social practices, rituals and festive events; as well as oral traditions, expressions and language.

Their practice must also already be part of Singapore's ICH inventory. It cannot involve the direct propagation of a religion but can be part of a religious festival.

Rangoli artist Vijaya Mohan, 60, plans to apply for the award. Rangoli is a multi-coloured floor decoration that among other things, is a form of thanksgiving to deities.

She has been creating and teaching traditional rangoli designs by hand using powdered rice, coloured sand and other innovative materials such as broken bangles, for the past 50 years.

Said Ms Vijaya: "As a multi-racial country, it's very important to know about each other's culture. Awarding ICH masters also encourages us to do more in our respective fields."

Mr Amin Farid, 33, a traditional Malay dance practitioner of 20 years, said the award acknowledges the importance of heritage and the people who have been investing time and resources to preserve Singapore's cultural practices.

He added: "Having NHB on board elevates the representation and awareness of such activities." 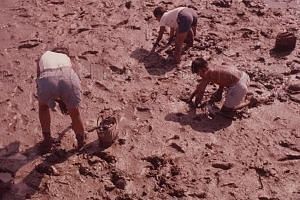 The balance between national progress and preservation of heritage

The winners can also tap a NHB project grant of up to $20,000 to transmit and promote their ICH-related skills and knowledge. The grant can cover apprentice-training programmes, as well as talks and seminars, among other things. Other criteria apply.

NHB will also work with each of the winners to research and document their craft and showcase their skills at its events such as the yearly Singapore Heritage Festival.

Ms Sim said: “From traditional artists and craftsmen, to participants and scholars of our social practices, rituals and festivals, such practitioners are critical to keep our ICH vibrant and sustainable, and to ensure that they are passed down to future generations.

“I encourage everyone to help identify potential Stewards of Singapore’s Intangible Cultural Heritage, and nominate them for the award at the NHB website.”

NHB added that the award was conceptualised in consultation with a diverse range of people across focus group discussions held in 2017.

Nominations can be submitted on NHB's website by Jan 31 next year.