SINGAPORE - Two shipwrecks found around Singapore's waters have yielded tonnes of artefacts, from tiny glass beads to anchors up to 5m long.

The finds of cannon, anchors and another 9 tonnes of smaller artefacts, were made over more than 140 dive days since the discovery of the first wreck site in 2016.

Located near Pedra Branca, an island 24 nautical miles east of Singapore, the wrecks primarily bore cargo of Chinese ceramics - some dating to the 14th century.

The first artefacts - ceramic plates spotted by commercial divers in 2015 - were dated to the 1300s, prompting a survey of the site by a team a year later from the ISEAS - Yusof Ishak Institute, commissioned by the National Heritage Board (NHB).

The wreck contained mainly ceramics, including the largest haul of 14th-century Yuan Dynasty blue-and-white porcelain ever found in a shipwreck in the world.

Ceramics from this wreck are similar to those found on multiple excavation sites on mainland Singapore.

A second survey of the waters around Pedra Branca revealed the second wreck in 2019, which has since been identified as that of India-built merchant vessel Shah Munchah that sank in 1796.

This wreck yielded a wider range of artefacts, including parasols, medallions of the semi-precious stone agate, ornamental figurines and even percussion instruments.

After a conservation and research process, the artefacts will be displayed in museums here from end-2021, if all goes as planned.

The shipwrecks are the first pre-dating World War I to be found in Singapore waters.

NHB director of heritage research and assessment Yeo Kirk Siang said that while these are not the first archaeological excavations involving the board here, prior ones were land-based.

Their decision to hand over the ceramic plates they found was lauded by maritime archaeologist Michael Flecker, who is leading the excavations, and Mr Yeo.

Dr Flecker said the two divers have set a good example for finders of historical artefacts.

Their actions have helped to protect the centuries-old artefacts - significant given the backdrop of looting in South-east Asian waters - and made an invaluable contribution to Singapore's maritime heritage.

In addition, while Singapore's maritime heritage is well-documented and the country remains a key shipping hub today, it has not had artefacts dating as far back as the Temasek period (1300s to 1600s) found in its waters, until now.

How the centuries-old shipwrecks in Singapore waters were discovered

The first wreck - the ship has not been identified - will likely help to add to existing knowledge of 14th century Singapore, given that the ceramic artefacts found are similar to those from previous excavations at the Padang and Empress Place, among others.

Archaeologist John Miksic, a professor at the National University of Singapore, said the population then, which may have been about 10,000 people, were not just simple fishermen.

He added that they used Chinese and Sri Lankan coins for money, and were middlemen for trade between the people from islands such as Bintan and Batam, with Singapore acting as a connecting point on various trading routes throughout history, "just like the transit lounge at Changi Airport".

However, Professor Miksic, who has taken part in excavations here since the 1980s, said: "In my experience, every shipwreck has provided a totally unique and, in many cases, mysterious object or objects which could not have been predicted.

"I am sure that this is true of these two wrecks."

He added that any Chinese artefacts from the shipwrecks that are yet to be found on land will be especially interesting.

In the short term, more conservation and research work on the artefacts will have to be done, which may further enhance their historical significance.

The NHB is planning to exhibit the items in museums as early as end-2021, with public talks in the pipeline.

The large quantity of finds will also renew calls for a maritime museum to be established, with veteran diplomat K. Kesavapany among those who have suggested the idea in the past.

Prof Miksic said: "It is sad that Singapore has no maritime historical museum, despite its position as the busiest or one of the busiest ports in the world, with a history stretching back to pre-colonial times.

"The artefacts... should be sufficient to create a museum to educate the public about the importance of the sea to Singapore's modern identity, and the role Singapore has played for centuries as a major node connecting east, west, north, and south."

Mr Yeo told The Straits Times on Friday (June 18) that it is too early to consider the development of such a museum, although he added that archaeology here has been given a boost by the maritime excavations, including building expertise in conserving maritime artefacts, which require different treatment from land-based artefacts.

The two shipwrecks have hence opened a new frontier for maritime archaeology in Singapore.

"With the strong interest in our maritime archaeology, we hope that this will attract younger archaeologists into this field, and help build up our archaeology expertise over time," he said.

Mr Yeo added that NHB had not attempted to assess the monetary value of the wrecks, and that it is not the board's intention to do so.

"Our duty is really to put the information out there, to do the research, and to get people to understand the cultural value, not the monetary value of the artefacts." 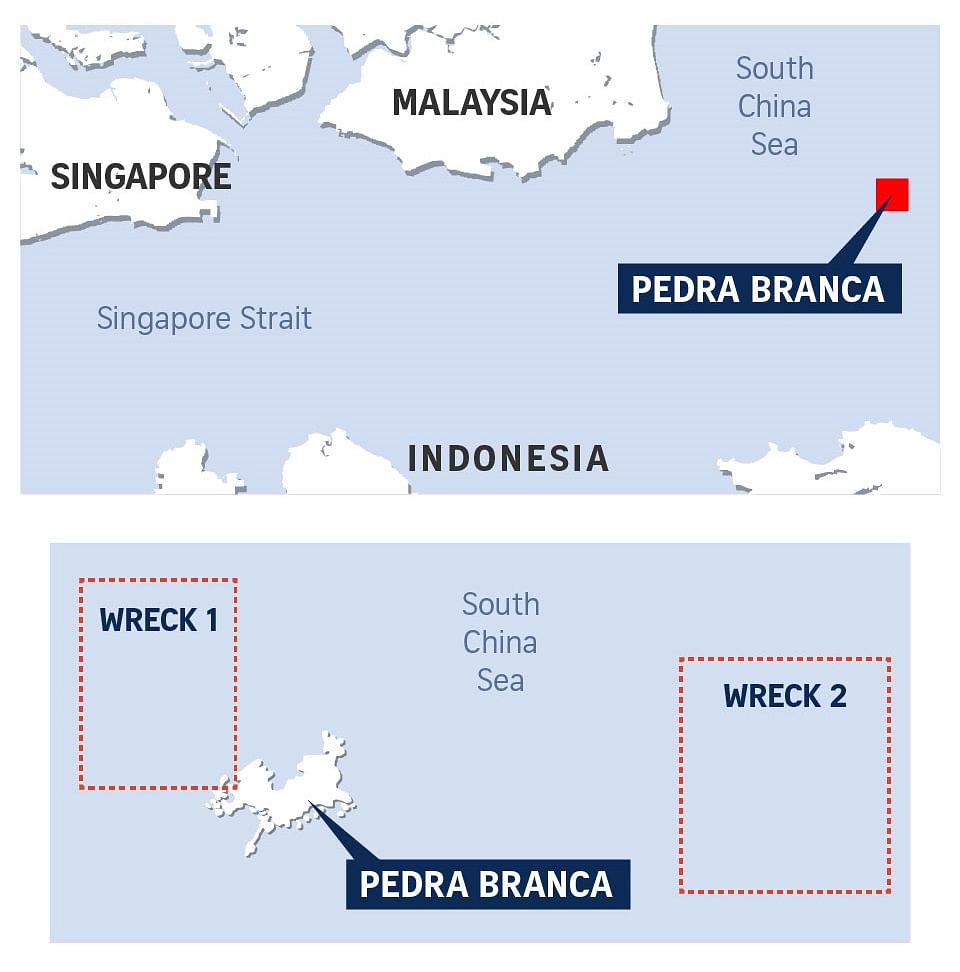 Prof Miksic said that the sea's hazards and Singapore's busy port should mean that there would have been more wrecks in her waters in the past.

However, Dr Flecker has said that Singapore's land reclamation could make shipwrecks difficult to get to, while locating those in the Singapore Strait will be highly dangerous given the activity in one of the world's busiest shipping lanes.