Debt-ridden Hyflux faces the prospect of selling its Tuaspring desalination plant for zero dollars to national water agency PUB if it fails to rectify defaults by April 5.

PUB said yesterday it would terminate its water purchase agreement and take over the plant to safeguard Singapore's water security unless Tuaspring Private Limited (TPL), a wholly owned subsidiary of Hyflux, fixes its defaults. PUB also said it will waive any compensation claims on TPL.

The threat of Hyflux losing its largest asset has been looming since March 5, when PUB issued a notice to ask TPL to fix defaults at the Tuaspring plant by April 5.

In the light of this, TPL asked PUB on Wednesday to clarify whether PUB will buy the entire Tuaspring Integrated Water and Power Project, or just the Tuaspring Desalination Plant, upon termination of the water purchase agreement.

PUB clarified yesterday that it will purchase only the desalination plant, and not the power plant which sits on the same site.

While the purchase price for the desalination plant is to be determined by an independent valuer, the current valuation for the loss-making facility is negative.

Hence, it is highly likely that TPL would have to compensate PUB to take over the desalination plant. 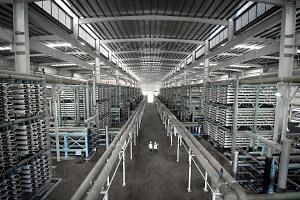 PUB's focus on water security but Hyflux consortium could walk away: Analysts

When asked if it would claim the sum, PUB said it told TPL it is "willing to purchase the desalination plant for zero dollars and waive the compensation sum".

"This is because PUB is unlikely to recover the compensation sum from TPL, given its financial position," it said yesterday.

Under the 25-year water purchase agreement signed by both parties in 2011, TPL has to deliver up to 70 million gallons of water per day to PUB until 2038. However, since early 2017, the water plant has been facing operational issues. It failed to supply the required amount of water on numerous occasions.

PUB said yesterday that it has been concerned about TPL's financials and inability to keep the desalination plant reliably operational.

PUB has the "operational capabilities, experience and manpower" to run the desalination facility, it said.

In the event that PUB were to take over the plant, The Straits Times understands that it may take about a month from the end of the default notice period to complete it.

The developments come at a sensitive time for Hyflux, which has spent the last 10 months trying to reorganise itself to keep going.

At the heart of its restructuring plan is an offer from a consortium comprising Indonesian conglomerate Salim Group and energy giant Medco Group.

The consortium, SM Investments (SMI), has agreed to invest $530 million in Hyflux in return for 60 per cent of equity in the firm upon completion of the deal.

The restructuring plan has to be approved by April 5 by at least 50 per cent in number and 75 per cent in value of each creditor class. ST understands that the plant's secured creditor, Maybank, will be paid first before other general creditors.

But SMI indicated in a notice to Hyflux on March 18 that it has the right to terminate the restructuring agreement if the Tuaspring defaults are not remedied by April 1.

PUB noted yesterday that terminating the water purchase agreement "would be favourable to TPL, as this alleviates the pressure on the rest of the Hyflux Group".

"This will also increase the chances of Hyflux being successfully restructured," said PUB, adding that its actions should not be used as the basis for SMI's decision to withdraw from the deal.

In a filing on the Singapore Exchange last night, Hyflux said it has reached out to SMI and "acknowledges, however, that there is no obligation on the investor to vary the restructuring agreement".

A version of this article appeared in the print edition of The Straits Times on March 22, 2019, with the headline 'PUB to take over Tuaspring for zero dollars if defaults not fixed'. Subscribe
Topics:
More
Whatsapp Linkedin FB Messenger Telegram Reddit WeChat Pinterest Print Purchase Article Copy permalink