It is "too much of a burden" to expect the police to keep track of the "thousands of persons" on bail, monitor their day-to-day activities, and ensure that they stay in Singapore, the minister told reporters on Thursday (Feb 22).

"That's not the best use of police resources. Police, as we have just discussed, should be focused on counter-terrorism and solving crimes," he said, during a visit to the One-Stop Abuse Forensic Examination (OneSafe) Centre at Police Cantonment Complex.

Chew, 57, was arrested on Wednesday morning - a day before starting his sentence of three years and four months for misuse of church funds - for attempting to flee Singapore for Malaysia in a motorised sampan. He was on bail of $1 million when he was caught in waters off Pulau Ubin.

Adding that the matter of people jumping bail has been on his mind for some time even before Chew's case, Mr Shanmugam pointed out that changes are afoot to the bail regime to make it an offence to jump bail.

"It will come as a surprise to many that jumping bail is not in itself an offence. Because you have put up bail, and you lose your bail, but we are going to make that an offence," Mr Shanmugam added.

Among the proposed amendments to the Criminal Procedure Code (CPC) and Evidence Act that were announced last year and would be presented in Parliament next week include the tightening of provisions and criteria relating to bail.

Electronic tagging to monitor those on bail is also being considered.

But a balance should be struck between allowing people to lead their lives outside - until their case is disposed of and a verdict is given- and preventing others from taking advantage of the bail system, said Mr Shanmugam. 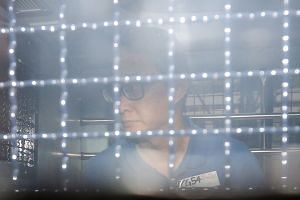 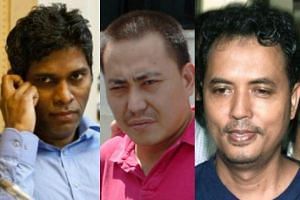 "In some cases, you are in remand. But obviously, from a public good perspective, we don't want to keep people in remand. We want to try to have them lead their lives outside, until the case is disposed of and a verdict is given.

Citing Chew's case, where the former City Harvest Church leader had expressed a desire to spend the Chinese New Year with his family before serving his sentence, Mr Shanmugam said it would seem "exceptionally harsh" for the prosecution to not have granted the request.

"Usually when it's Christmas or Chinese New Year or one of the other festivals and the person is celebrating it, and he has been sentenced one or two days before, or a little before, or his case is disposed of, the practice has been to take a give-and-take approach, allow them to spend the holidays with their family, then come in, in the spirit of humanity.

"But then there are people who will take advantage of that. I said to my people, the police did exceptionally well in this case.

"Like I said, there are thousands around. And whether they get caught or actually jump bail doesn't depend on the genius of the minister," said Mr Shanmugam.