SINGAPORE - Nearly one in five consumers eligible to switch electricity retailer from Jan 1 has chosen to do so, said the Energy Market Authority (EMA).

A total of 18 per cent of consumers in Zone 2 estates such as Bishan, Sengkang and Punggol, have chosen to buy electricity from a retailer instead of remaining with SP Group, as part of the zone-by-zone roll-out of the Open Electricity Market.

Consumers from Zone 1, mainly in the north-west of Singapore, have been allowed to switch retailers since November last year, while those in Jurong had the option since April 2018.

"Based on the switch rates in the first month of each zone, Zone 2 has seen higher early switch rates than for Zone 1 and the soft launch in Jurong," said EMA in a press statement on Friday (Feb 8).

EMA said the nationwide launch of the open market is progressing well.

More than 700,000 consumers in Zones 1 and 2 can now choose from more electricity retailers and enjoy competitive pricing and innovative offers, it added.

As of end-January, about 40 per cent of consumers in Jurong have switched retailers, while 25 per cent of households in Zone 1 have done the same. 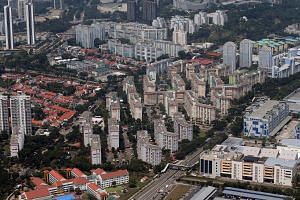 The authority said these switch rates are higher than the single-digit first-year switch rates seen in other countries such as Japan, Britain, Australia and New Zealand.

The next batch of consumers to be given this option will be those residing in Zone 3 - mostly in eastern Singapore, with postal codes starting with the numbers 34-52, and 81.

The whole of Singapore will be covered by May 1.

"The Open Electricity Market is about giving consumers choice. While some consumers have chosen to switch, others have decided to continue buying from SP Group," said Mr Ngiam Shih Chun, chief executive of the EMA. "Some are also taking a wait-and-see approach as there is no deadline to switching," he added.

Consumers who have made the switch have enjoyed significant savings. They pay an electricity rate about 20 per cent to 30 per cent lower than the regulated tariff, said the EMA.

As of Feb 4, the EMA's 13 approved retailers offer rates from 17.66 cents per kwh to 23.01 cents per kwh for their fixed-price plans and discounts from 14.5 per cent to 25 per cent for plans offering a discount off the regulated tariff.