But the website's administrator in Singapore told The Straits Times the campaigns were intended as design mock-ups that were accidentally published online, and no money was collected from the public.

The centre, a non-profit organisation that manages Giving.sg, said that it has lodged a police report and that the authorities are investigating the matter.

Giving.sg matches donors and volunteers with more than 470 charities, and givers can contribute in various ways, such as volunteering for activities or making a financial donation. Six campaigns by organisations in Singapore were duplicated on the Giving Nepal site, without the consent of the original fund-raisers, NVPC said.

It said these organisations have not received any donations from the Giving Nepal website.

The duplicated campaigns had been removed from the Giving Nepal website by last night. 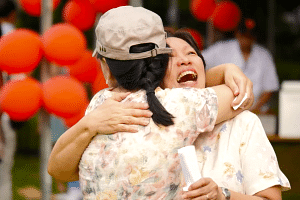 A Giving Nepal administrator told The Straits Times that the campaigns had appeared on the site because of a mistake by its developers. The campaigns were duplicated on Giving Nepal as fund-raiser mock-ups but were mistakenly published online, he said.

Apologising for the mistake, he said Giving Nepal was a legitimate fund-raising page for causes in Nepal and was still in development. No donations for the duplicated campaigns on Giving Nepal could have been made or processed as those features had not been enabled yet, he added.