In a move that could have wide-ranging implications for both doctors and patients, the Ministry of Health (MOH) has, for the first time, asked the Singapore Medical Council (SMC) to apply to the High Court to review a judgment by its disciplinary tribunal.

The tribunal had fined Dr Lim Lian Arn the maximum $100,000 for not telling his patient of possible complications from a commonly used steroid injection.

This had caused a huge uproar within the medical profession and raised fears that doctors would start practising "defensive medicine" to safeguard themselves instead of making prescriptions in the patients' best interests.

Senior Minister of State for Health Lam Pin Min had earlier ruled out reopening the case as both the SMC and the doctor concerned had accepted the judgment.

In an about-turn yesterday, MOH said it has requested the SMC to apply to the court to review that decision. It said: "Sentences have to be commensurate with the circumstances of each case."

The SMC submitted its application yesterday, asking the High Court to review the case and the tribunal's judgment - and make revisions if necessary - even though the usual timeframe for such an appeal has passed.

Explaining its decision to ask for the review, MOH said that "the decision in this case carries with it much wider professional practice implications, and also has an impact on future cases".

It added: "We are concerned that this case should not be viewed as or lead to the practice of defensive medicine, which would have an adverse impact on patient and clinical safety.

"There have also been questions raised about the liability imposed in this case." 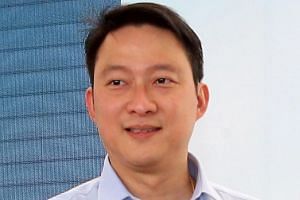 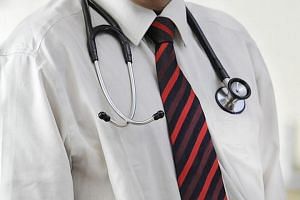 The tribunal's decision had sent a chill through doctors as many of them give the steroid jab in question without telling patients of the side effects - which are both transient and rare. They also felt the quantum of the fine imposed had set a precedent.

Dr Desmond Wai, a gastroenterologist in private practice, said: "As a result of that judgment, some GPs have stopped giving their patients steroid injections and are sending them to specialists instead. This will only push up costs for patients."

He had earlier written to The Straits Times to point out that even the widely used painkiller paracetamol has side effects.

More than 5,000 people had signed an appeal, started by another doctor, to share their concerns with Health Minister Gan Kim Yong. The subject was also raised in Parliament.

Sembawang GRC MP Lim Wee Kiak said that while the profession is self-regulated, MOH should nevertheless have oversight of key issues. In this case, he said, the $100,000 fine "is excessive".

While this is the first time that MOH has asked for a review of a disciplinary tribunal's decision, an MOH spokesman told The Straits Times: "For future cases, MOH will consider providing our inputs to SMC should there be similar wider professional practice implications."

The ministry said it will continue to engage with doctors "to have greater clarity and balance in the practice and processes", and to keep healthcare costs affordable.

MP Tin Pei Ling, a member of the Government Parliamentary Committee for Health, said the penalty should match the offence.

"What kind of signal is this sending out? The well-being of the patient is important," said Ms Tin. "We don't want doctors distracted by 'what ifs' and practising defensive medicine. I hope the eventual outcome will be a fair one."