After the heat of the hustings and last year's general election, politics looks to be one defined by how the Government manages the demands brought by an economy that is slowing down and in the midst of restructuring. Singaporeans will have ample opportunities to be part of the decision making process this year, as a number of consultative panels and committees seek inputs on issues ranging from how to memorialise Singapore's founders to the economy's future direction.

Chance for PAP, WP to prove themselves in different ways

The People's Action Party (PAP) enters the first sitting of the new Parliament next week backed by the strongest electoral mandate it has received in 15 years.

The Workers' Party (WP), on the other hand, will be the only opposition party in the House, and with one representative less than in the previous Parliament.

The parties will have to prove themselves in different ways during the new term.

Terror Threat to remain a reality

The spectre of terrorist attacks on home soil will likely continue to loom large this year. 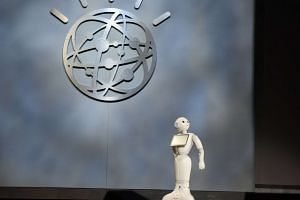 Singapore backed the multinational coalition against the Islamic State in Iraq and Syria (ISIS) last year, deploying non-combat hardware and military planners to assist in the battle against extremism. The authorities here will most certainly continue backing the fight against ISIS this year.

At the same time, attacks by terror groups and "lone wolves" around the world - from Paris to Pakistan - have underscored the message that anything can happen anywhere.

Dialogues to continue, but beware of fatigue

National consultation exercises are not going the way of the dodo, with the ongoing SGfuture public dialogues scheduled to run till the middle of the year.

The challenge this year will be to ensure that the dialogues are an effective feedback mechanism and "not a talk shop", says National University of Singapore sociologist Tan Ern Ser.

"As long as Singaporeans know and can see that the series isn't a 'wayang' exercise, they will be motivated to participate and be committed to the measures they believe are realistic and good for the country, the people and future generations," he adds.

The forecasts for the economy predict a slow year for growth. But in anticipation of this, possible solutions are on the horizon.

This is through consultations and discussions on how to prepare for challenges, and how much to spend in doing so.

The economy is predicted to grow between 1 per cent and 3 per cent this year in tandem with slower job and workforce growth.

Deciding who to remember and how to do so

On March 23 this year, the first anniversary of Mr Lee Kuan Yew's death, Singapore will pause once more to remember him.

But with the passage of time, the country will also have the space and distance this year to discuss how exactly to remember Mr Lee - as well as who else, among its founders, to honour.

"It will be interesting to see who Singaporeans would consider to be founders. How many of our first generation of political leaders would Singaporeans be aware of?" says National University of Singapore historian Tan Tai Yong.