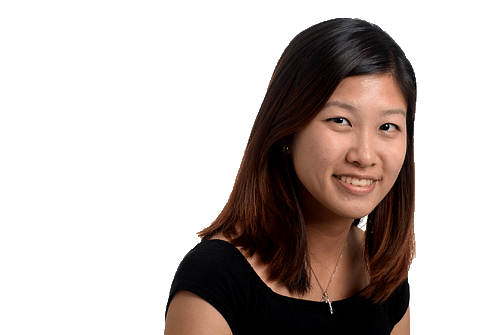 With food safety scandals and recalls becoming more common, consumers are increasingly asking the question: is the food safe to eat?

The latest foodstuff to come under scrutiny is leafy green vegetables and fruit. The Straits Times recently reported that some 300 batches were stopped from being sold after pesticide residue found on samples exceeded levels allowed by authorities.

These days there is no running away from pesticides. They are on the vegetables, fruits and grains that we eat.

They are used to protect crops from pests, and to promote higher yield to meet the needs of the growing global population.

But the amount of contaminants that actually reaches Singaporeans' grocery baskets is extremely small as food safety authorities like the Agri-Food and Veterinary Authority of Singapore (AVA) have in place strict standards.

Food products have to comply with maximum residue limits (MRLs) which are safeguards to protect consumers from toxic levels. Those that exceed the threshold are not allowed for sale.

If you are still concerned, however, there are ways to further reduce the amount of pesticide residue and other microbes on fruits and vegetables.

How can vegetables be cleaned? To get rid of pesticide residue and microbes like bacteria on vegetables, you should always wash them well before consumption.

Generally, a 30-second rinse followed by a 15-minute soak, and a final rinse will help to remove a significant portion of pesticide residue, said the Agri-Food and Veterinary Authority of Singapore (AVA).

The vegetables should be soaked in a clean bowl as the sink might contain bacteria.

Gently rubbing the surface of your fruits and vegetables while rinsing can also help in removing residue.

Particular attention should be paid to the base of vegetable stems since dirt or residue tend to get trapped there.

The AVA said for vegetables that tend to carry more soil, for example kang kong, the lower portion of the vegetables, including the roots, should be trimmed off before washing. Can fruits be eaten with their skins?

For fruits, peeling is effective for eliminating pesticide residue as most of the residue collects on the surface of fruits.

Pesticide residue on fruits in the market are already at very low and safe amounts and a wash will further reduce the level of residue. Hence it is safe to eat fruits with their skins intact.

What about root vegetables? The AVA said root vegetables such as carrot, daikon and potatoes should be scrubbed under running water or in a basin before rinsing and soaking to remove dirt or residue from their surface.

While washing solutions for vegetables and fruits are sold in the market, promising to get rid of microbes and pesticides, their effectiveness has been a topic of debate.

The AVA said: "While some commercial products claim to be specially designed for washing pesticide residues off the surface of fruits and vegetables, there is no international consensus on their effectiveness".

One study by the University of Maine in the United States suggested that distilled water was just as, or even more, effective in removing pesticide residue and microbes compared to three commercial vegetable washes the research team tested.

An alternative to distilled water is clean cold tap water.

Should mushrooms be washed? It is often said that mushrooms should not be washed as they absorb moisture easily and become waterlogged, affecting their taste when cooked.

One way to get around it is to either wipe the mushrooms with a damp cloth, or give them a quick rinse just before use to remove the loose bits stuck to the mushrooms, said Mrs Tay.

The AVA said mushrooms can be gently washed under running water and immediately wiped dry.

"Some studies have shown that briefly rinsing mushrooms does not cause tangible changes to their taste and texture," it added. Fruit producers might spray the skin of citrus fruits with a thin layer of wax after the fruit is harvested to keep it looking fresh and to protect it from a bumpy transit from supplier to consumer.

Some suggestions on how to remove the wax include scrubbing and then rinsing it, or soaking it in hot water.