SINGAPORE - In 2011, one of Dr Leslie Lam's patients filed a complaint accusing him of professional misconduct.

But six years later, the prominent cardiologist was cleared of all charges following an appeal to the High Court.

Dr Lam told The Straits Times that the issue weighed heavily on his mind during those six years. "It certainly gave me a lot of sleepless nights," said the 75-year-old. "My reputation was so badly damaged."

It would have made a big difference if the case had been concluded more swiftly, Dr Lam added.

On Friday (Sept 28), the Health Ministry and Singapore Medical Council proposed nine amendments to the Medical Registration Act that will speed up disciplinary proceedings against doctors. The changes, which are being put up for public consultation, are also intended to make the process more transparent and consistent.

These include measures to widen the pool of people who assess complaints and to allow quicker action to be taken against doctors whose ability to practise has been affected by health issues.

Currently, complaints against doctors are brought before a complaints committee, which decides whether to escalate them to a disciplinary tribunal. The entire process often takes months or years, especially since doctors looking into the cases do so on top of their day jobs. 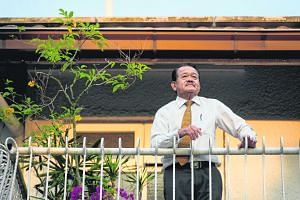 Those looking into a case will also have to look through medical records and take statements from the parties involved, all of which take time.

"During the investigation process, we have to do our due diligence and that can take quite a while," said Dr S. Surajkumar, who is an SMC council member and honorary secretary of the College of Family Physicians, Singapore. "If we have more hands on deck, this can be done faster."

Professor Lee Eng Hin, who was formerly on the council and currently chairs the SMC's disciplinary tribunal, added that cases can be more complex these days.

For example, a patient may file a complaint against a team of doctors rather than a single doctor. This naturally takes more time to investigate.

Prof Lee added that speeding up the time taken to resolve disciplinary issues will benefit all parties involved. "The doctor doesn't have to be under stress wondering what's going to happen to him or her, and the patient gets an earlier resolution as well."