SINGAPORE - The authorities are proposing changes to the Medical Registration Act that aim to speed up disciplinary proceedings against doctors and make the process more transparent.

They include measures to widen the pool of people qualified to assess complaints, and new guidelines to ensure consistency in the penalties meted out.

The proposed amendments are being put up for public consultation, and come on the back of criticism that the Singapore Medical Council (SMC) has been taking too long to deal with complaints against doctors.

Last year, two doctors' suspensions were halved by the High Court because of the "inordinate delay" in prosecuting them.

"The overall purpose of the proposed amendments is to improve the transparency of the disciplinary process, as well as to expedite the resolution of complaints that come in," said Professor Lee Eng Hin, who is a former member of the SMC and chairs its disciplinary tribunal.

"For example, we have a large number of complaints but a relatively small number of doctors who are qualified to chair complaints committees."

The Singapore Medical Council (SMC) received 159 complaints against 204 medical practitioners last year, down from 182 the year before. 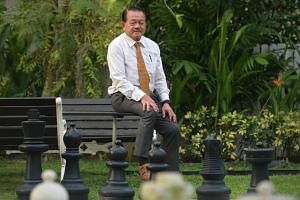 Speeding up disciplinary process good for both patients and doctors

In 2017, it looked into 406 complaints, some of which were carried over from previous years. More than half were about professional negligence or incompetence.

A complaint is typically looked into by a three-member complaints committee, which decides whether the matter should be escalated to a disciplinary tribunal. The entire process can take years, especially if either party makes an appeal.

One of the nine proposed amendments suggests that doctors with the necessary experience and expertise can be drawn from a complaints panel to chair complaints committees. Currently, only the 25 SMC council members are allowed to fulfil this role.

Changing the way this works would result in "better efficiency and timeliness" when resolving cases, the SMC and Ministry of Health (MOH) said in a joint statement on Friday (Sept 28).

Another change will see the formation of a new committee to develop sentencing guidelines and do away with the minimum suspension period of three months.

At present, sentences are based on precedent. But disciplinary tribunals have said that this makes it difficult to decide on appropriate sentences.

The changes put forward are meant to ensure "consistency and fairness" in sentences meted out, and also to allow "greater flexibility" in determining the appropriate penalty.

A third change to improve transparency and accountability proposes that appeals against complaints committee decisions be made to an independent appeals committee instead of the Health Minister, which is currently the case.

This committee will comprise a medical doctor, a legal professional and a "distinguished lay person" - such as an academic or a professional from a different field.

Anyone wanting to know more about the proposed amendments and give their feedback can view the draft Bill on the Reach website or www.moh.gov.sg/e-consultation/mra_amendments

Feedback should be e-mailed, by 6pm on Oct 26, to: mra_public_consult@moh.gov.sg