SINGAPORE - Changi General Hospital (CGH) has been found negligent in a case where its lack of a proper system led to delayed diagnosis of cancer in a patient.

Instead of the lung cancer being detected at an early stage, it was only diagnosed after it spread to a lymph node.

Had the condition been diagnosed earlier, "we find it unlikely that the lung cancer would have progressed to Stage IIA", the court said.

Ms Noor Azlin had appealed after she lost her case for negligence against the hospital and three of its doctors in February last year.

On Tuesday (Feb 26), the Court of Appeal found the hospital negligent in their care of the patient.

The court also said that respiratory specialist Dr Imran Mohamed Noor, who saw her in 2007, should not have discharged her when he was not certain that her suspected infection had cleared. He should have scheduled a follow-up consultation, instead. 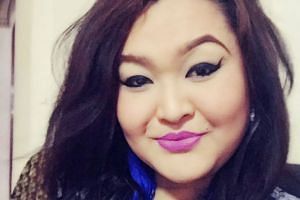 She had been referred to Dr Imran by the ED in 2007 for an "opacity" in her lungs. He diagnosed her condition as an infection and told her to return if she encountered further problems.

Justice Andrew Phang, who delivered the court's judgment, said that Dr Imran was "the last in line" examining the patient. He said: "There would have been no one else who would have been in a better position to conduct the necessary follow-up action."

The court acknowledged that it could not be proven that Ms Noor Azlin had cancer at that time. But it said that Dr Imran should have been more cautious and scheduled a repeat consultation, even if the patient was asymptomatic. Although the court found Dr Imran in breach of his duty of care to Ms Azlin, it said he was not liable as there was no evidence to indicate that she had cancer in 2007.

The court was far more scathing about the hospital's "serious inadequacies" in ensuring proper follow-up procedures for patients.

Ms Noor Azlin had X-rays taken in 2010 and 2011, and both times, the radiologist recommended follow-up consultation.

The hospital's procedures allow two senior doctors to decide against the radiologist's recommendation of a follow-up. But the hospital did not require a record of who these doctors were and their reasons for the decision.

As a result, not only did the patient not know about the decision, the court said, but also "more worryingly, that any doctor further down the line would have no reference against which to check why such a decision was made".

It said such lack of accountability is unacceptable.

The court also criticised the hospital for treating the patient's problem as an isolated incident each time she turned up. Otherwise, the doctors seeing her later would know that the "opacity" in her lung had not been resolved as expected.

The court told CGH "to consider the possibility of settlement in the interests of expediency and resolution", as Ms Noor Azlin "will continue to face physical and emotional challenges as a result of her medical condition and we think that an amicable settlement will assist the Appellant in achieving some sense of closure and allow her to focus on battling her cancer and recovering as best as she can".

Her lawyer, Mr Vijay Kumar Rai of Engelin Teh Practice LLC, said Ms Noor Azlin broke down when she heard the court judgment in her favour. She had difficulty breathing and had been admitted to CGH on Monday, but has been discharged.

Ms Noor Azlin told The Straits Times: "I'm relieved for now, but the settlement has not been decided on."

She said the medication she needs is very expensive, and not all of it is covered by Medifund. She is still working part time at a corporate secretarial firm, which has been very supportive, in order to pay for it.

She accepts that there is no cure for Stage IV cancer, but she intends to fight it as long as she can. "I love my life too much, and the people around me. I don't want my mum to worry," she said.

She lives with her 73-year-old mother and 81-year-old father.