SINGAPORE - Long-term disability insurance will become compulsory for people born from 1980 onwards, after a Bill to that effect was passed in Parliament on Monday (Sept 2).

This move plugs another gap in Singapore's healthcare and ageing support.

In 2015, MediShield Life was made compulsory to provide universal health coverage. Older people were then offered support through the Pioneer, and later, the Merdeka, generation packages.

With an eye on the future, the CareShield Life and Long-Term Care Bill was passed on Monday.

CareShield Life will provide the basic long-term care needs for younger residents as they age should they become severely disabled. Those born in 1979 or earlier have the option to join, with significant help on offer to do so.

Under the scheme, anyone who is severely disabled will be given at least $600 a month in cash for the length of their disability, often for life, to help them pay for the care they prefer.

The premium and payout will be adjusted over the years to keep the payout sufficient for the basic needs of the severely disabled. 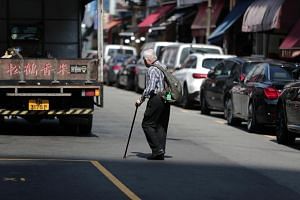 Launch of CareShield Life in 2020: How the long-term disability insurance will impact you

CareShield Life advice to be offered at community centres

Several of the 15 MPs, including Dr Lily Neo (Jalan Besar GRC) who spoke on the subject, asked for the payout to be higher.

But Health Minister Gan Kim Yong said those who want higher payouts can buy supplementary schemes from private insurance companies. Premiums for these can be paid with Medisave - like the CareShield Life premiums - up to an annual capped amount.

The Bill paves the way for the Government to take over the existing ElderShield insurance run by three insurance companies.

ElderShield payouts are lower and limited to a maximum of six years, even if the person remains disabled for longer. So far, $153 million of the $3.5 billion of premiums collected has been paid out in claims. This is because the vast majority of policyholders are still young.

The Bill also allows the CPF Board and the Agency for Integrated Care, that will jointly manage CareShield Life, to access people's disability information.

Mr Gan explained: "These provisions allow us to proactively reach out to disabled individuals to inform them of their eligibility for claims, not just for CareShield Life and ElderShield, but also for other government disability schemes, using disability assessments already performed at healthcare institutions."

Safeguards will also be put in place to prevent abuse.

For example, payouts to people who lack mental capacity can be managed by a caregiver. Policyholders may also make a healthcare institution, such as a nursing home they are in, receive their payout.

But the money must first be used to provide care to the policyholder. Not doing so will be an offence, and as it is an offence against vulnerable persons, the penalty will be double that for false declarations, he said.

The penalty for false declaration is a fine of $5,000, jail of up to 12 months, or both. Those found guilty also have to pay twice the amount claimed.

Payouts are protected from creditors "with two tight exceptions" - to reimburse CareShield Life in the case of wilful defaulters, and to pay a healthcare institution for care provided to the policyholder.

The government will take "a strict stance" against people who can afford to pay their premiums but wilfully refuse to do so. This includes Singaporeans living overseas. Not doing so would be unfair to others who would have to shoulder that burden by paying higher premiums.

But Mr Gan promised: "For those who genuinely need help, we will help them."