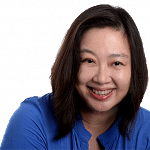 Watch out for the sugar in your drinks.

The amount you consume can creep up on you without you even realising it.

A recent survey in the United Kingdom, conducted by British charity organisation Action on Sugar and released on Wednesday (Feb 17), said that 98 per cent of the 131 hot flavoured drinks analysed would receive a "red" warning label for containing excessive sugar.

More than a third of the drinks were also said to have the same amount of sugar or more than a can of Coca-Cola, which contains nine teaspoons of sugar in the UK, according to the survey.

Quite a few local favourites also exceed the amount of sugar in a can of Coke in Singapore, which has 6.8 teaspoons (tsp) of sugar.

Ms Claudia Correia, a dietitian at the Raffles Diabetes & Endocrine Centre, gave a breakdown on the amount of sugar in popular local drinks, with 5g of sugar making up 1 teaspoon.

Some of the drinks come close to busting the Health Promotion Board's recommendation of taking in less than 10 per cent of your daily energy intake from added sugars. HPB's sugar intake recommendations are the same as the new recommendations issued last month by the US government.

For example, it is recommended that a person who needs 1,800kcal of energy daily should consume less than 3 tablespoons (or 45g) of sugar, said Ms Correia.

The World Health Organisation (WHO) recently recommended a further reduction - below 5 per cent of your daily energy intake coming from added sugars for additional health benefits.

More On This Topic
Are artificial sweeteners healthier? All you need to know about added sugar
Hot drinks served in cafe and fast food chains contain up to 25 teaspoons of sugar: UK survey

That means a person who needs 1800kcal of energy daily should consume less than 1.5 tablespoons of sugar (about 22g).

All this hullabaloo about sugar has its basis in studies which are increasingly showing that taking in too much of the sweet stuff can have serious health consequences, and we are not just talking about getting fat.

For instance, too much added sugar in your diet could significantly increase your risk of dying from cardiovascular disease, according to a study published in the Journal of the American Medical Association in April, 2014.

It is best to drink water and lots of it.

"Water does not contain any calories nor sugar, it keeps you hydrated and healthy," said Ms Correia.

She gives a few tips on how to avoid unwanted and unnecessary sugar:

* If you are ordering your coffee or tea from your local kopitiam, always go for kopi O kosong or teh O kosong, as they contain no sugar.

* Always keep a lookout for the Healthier Choice label when buying packet or canned drinks. However, do keep in mind to drink these in moderation as well.

* If you are making your own coffee/tea, it is advisable to use low fat milk or reduced sugar soy milk only and avoid adding sugar.

* Avoid three-in-one drinks, they are high in sugar too.