SINGAPORE - The first locally transmitted case of the Zika virus in Singapore was announced on Saturday (Aug 27).

The patient is a 47-year-old Malaysian woman who lives in Aljunied Crescent. She has had no history of travel to countries affected by Zika.

The woman is the second person to have Zika in Singapore. The first case, in May, involved a 48-year-old male Singapore permanent resident who had returned from Brazil.

The Ministry of Health has alerted all general practitioners in the Aljunied area to be extra vigilant and to immediately report patients suspected to have the virus to the ministry.

All those suspected to have the Zika virus will be isolated till they are proven to not have the virus.

The National Environment Agency has stepped up misting and fogging in the area to kill adult mosquitoes.

Here are some important things to know about the virus.

The word "zika" is derived from the Zika forest in Uganda, where the virus was first isolated by scientists in 1947 from a sentinel rhesus monkey.

Transmitted to humans via mosquitoes, the Aedes mosquito - which also spreads dengue and chikungunya - is the only known carrier of the virus.

2. What are the symptoms to look out for?

The symptoms associated with the virus are usually quite mild, and only about one in five people infected actually fall ill.

Common signs to look out for include a slight fever, rash, conjuctivitis, headache as well as joint and muscle pain. 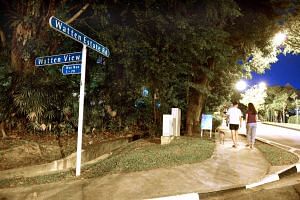 The incubation period is not known, but is likely to range between a few days to a week. During the first week of infection, the virus can be found in the blood and passed from an infected person to a mosquito through mosquito bites.

Sexual transmission of the virus between humans is also possible.

Hospitalisation due to the virus is not common, while deaths are rare.

3. Can the virus be treated?

There is currently no vaccine available for the virus, so only the symptoms can be treated.

To avoid getting infected, use insect repellent, wear clothing that covers the body, arms and legs, and sleep under mosquito nets or in rooms with wire mesh.

As with measures to curb the spread of dengue and prevent the breeding of the Aedes mosquito, the public should also ensure there is no stagnant water at home.

4. Is the virus really linked to a birth defect?

The Zika virus has been linked to microcephaly, a neurological disorder in which infants are born with smaller craniums and brains. It has also been linked to other brain defects in babies, such as damage to the cerebellum, which affects movement and speech abilities.

The US Centers for Disease Control and Prevention announced in a press release on Apr 13 that its scientists had confirmed that Zika is one cause of severe foetal brain defects.

Preliminary studies also suggest that the Zika virus can cause damage to the adult brain, and researchers are investigating a connection with neurological disorders like Guillain-Barre Syndrome, a rare illness that causes muscle weakness and even paralysis.

5. How many countries have reported active transmission of the virus?

In May 2015, the Pan American Health Organisation (PAHO) first issued an alert about an outbreak in Brazil.

As of Aug 23, 2016, 56 countries and territories in the Americas, Pacific Islands and Africa have active Zika virus transmissions, according to the US Centers for Disease Control and Prevention. 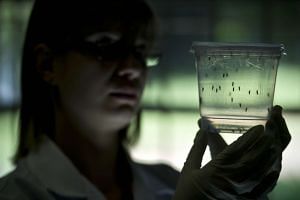 US expands travel warning for pregnant women over Zika virus

On Jan 15, the US announced its first case of the virus when a baby born with brain damage in a Hawaii hospital was confirmed as having been infected by Zika. The baby's mother was believed to have had a Zika infection while living in Brazil in May last year, with the baby probably infected in the womb.

The US declared a public health emergency in the US territory of Puerto Rico on Aug 12 and is also facing an active spread of the virus in Florida.

Closer to home, there have been sporadic outbreaks across Southeast Asia, such as in Cambodia, the Philippines, and Sabah in Malaysia. The Ministry of Health says that as of June this year, there have been active cases in the Thai provinces of Beung Kan and Phetchabun.