SINGAPORE - A $200 fine will be imposed on the owners of all homes found to be breeding mosquitoes, Environment and Water Resources Minister Masagos Zulkifli announced on Sunday (Feb 28).

Previously, only homes within a dengue cluster would be subjected to the fine.

This was one of several enforcement actions, which included bringing forward the annual nationwide campaign Do The Mozzie Wipeout, Mr Masagos said will help to combat an expected spike in dengue cases this year.

How do you ensure that your home is mosquito-free then? Here's a handy guide.

Know the most common breeding spots 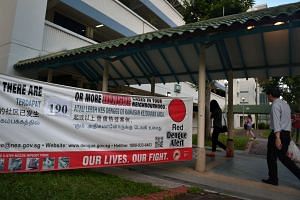 According to the National Environment Agency's (NEA) dengue website, four of the top five mosquito breeding habitats have remained the same from 2012 to 2014.

In 2014, the toilet bowl and cistern were ranked as the fifth most common breeding habitat.