The Aljunied-Hougang Town Council (AHTC) had two architects on its panel but engaged the higher-priced firm for seven out of 10 construction projects.

This caused it to pay up to $2.8 million more than it would have had to if it had appointed the other, lower-priced architect.

The sum is among a number of "improper payments" that are at the centre of a court case involving three Workers' Party (WP) MPs and five other defendants, who are being sued for allegedly breaching their fiduciary duties to the town council.

With regard to the $2.8 million, compensation is being sought from all eight defendants, including former WP chief Low Thia Khiang, party chairman Sylvia Lim and current party leader Pritam Singh.

The money could have been saved if the seven projects had been awarded to lower-priced Design Metabolist instead of LST Architects, argued the plaintiffs AHTC and Pasir Ris-Punggol Town Council yesterday, on the first day of the trial over two multimillion-dollar civil lawsuits.

Senior Counsel Chelva Rajah, who is acting for the WP MPs and two other town councillors, said that for certain projects, the more expensive architect may be more suitable. "Horses for courses," he said, using an expression to mean that it is important to choose suitable people for particular activities because everyone has different skills.

AHTC's case is that separate tenders should have been called for certain projects. 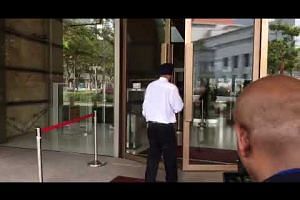 Mr Rajah, however, argued that it was not improper to appoint a panel of consultants.

This was a practice of the People's Action Party-run Aljunied Town Council as well as other town councils under the management of the ruling party, he said.

"What is OK for Peter doesn't seem to be OK for Paul," he added.