More changes are under way to the Direct School Admission (DSA) scheme and the university admission scoring system to encourage students to develop their talents in a range of fields, regardless of their family backgrounds.

From next year, all schools offering Secondary 1 places through DSA will use a centralised online portal, which means that pupils need to fill in only one online form to apply to multiple schools. Applications through the portal will be free, removing the barrier of a $20-$50 fee that some schools currently charge.

Also, from 2020, the National University of Singapore (NUS) and Nanyang Technological University (NTU) will drop the 20 per cent weighting given to O-level results for polytechnic graduate applicants. Instead, they will be assessed primarily on their polytechnic grade point average - a more current reflection of the skills they have picked up. But students can continue to submit O-level results relevant to the course of study as additional information.

The other four publicly funded universities have already moved beyond O-level results - except when they are directly relevant - in admitting students.

Second Minister for Education Indranee Rajah, who announced the changes yesterday, said they would enable students with different learning styles to be evaluated more holistically. "It also better recognises late bloomers, and creates more opportunities for those who flourish after discovering their interest when they are older," she said.

NUS, NTU and the Singapore Management University can offer up to 15 per cent of their yearly undergraduate places through the Discretionary Admission Scheme, which considers the abilities of students beyond their academic results.

On the change to the DSA, Ms Indranee revealed that this year, 3,000 Primary 6 pupils who applied for places through the scheme - which was widened this year - have received confirmed offers. This is 500 more than last year. 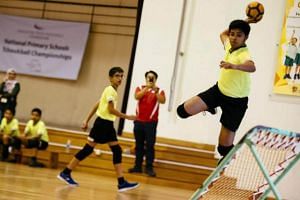 Uni admissions: Poly grads' O-level grades to be dropped from 2020

The selection process for the scheme has also been refined to spot talent, even in those who have not had the chance to showcase it yet. There will be less emphasis on the awards a pupil has won - say, in the arts - and more on innate ability.

By using a single portal for applications and bringing the focus back to talent, the ministry hopes to offset the head start that "better resourced" pupils currently get .

"Those who come from disadvantaged backgrounds... may not be as well informed about some of the choices and opportunities available," said Ms Indranee. "So what we're really trying to do is close the gap, and make sure those less well resourced and less advantaged still have the opportunity to apply."

St Joseph's Institution (SJI) principal Adrian Danker said his school has done away with admitting pupils based on academic abilities, even in specific subjects like mathematics or science. That is because the original intention of the DSA is to assess pupils'other abilities, he said.

So SJI takes in pupils who show potential in their chosen fields.

"The move to focus on non-academic programmes is also in line with our mission, which is to never lose sight of the last, the lost and the least," said Dr Danker.